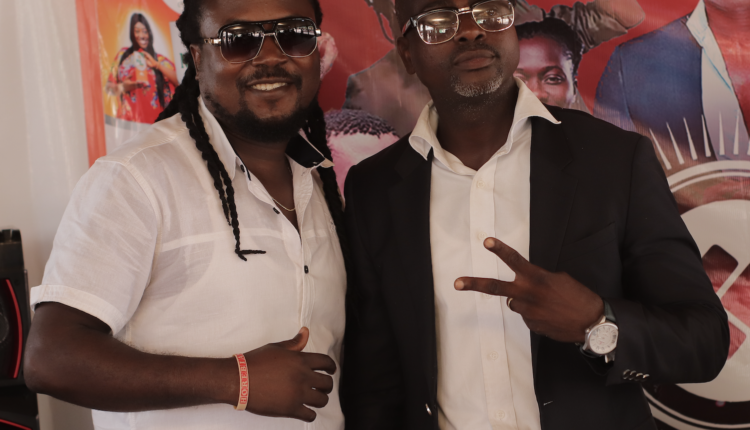 Sunset Hotel in Kumasi was the venue to be as ‘pioneers’ of ‘beef’ in the Ghanaian music industry Ex Doe and Chicago made an unforgettable appearance.

The two who would not see eye to eye some years ago sat by each other as they expressed excitement at an initiative by Blow Media headed by fellow musician Ded Buddy to bring all the legendary artists from over 20 years together for the second edition of the Rewind Concert.

Aimed at celebrating some of Ghana’s legendary musicians and bringing back nostalgic moments, the Rewind Concert isa collaborative effort between Blow Media and Sunset Hotel with support from Nya Dua and other media partners including www.nydjlive.com.

Pegged at GHC40 and GHC70 for single and VIP tickets respectively, Rewind Concert will feature Ded Buddy, Abrewa Nana, Akatakyie,  Ex Doe, Chicago,  Reggie Rockstone, Joe Frazier, Okomfour Kwadee and many others who are yet to be announced.

The event is slated for December 21, 2019 at Sunset Hotel in Kumasi and would run from 7pm till late. Ticket outlets are yet to be announced.

Watch Ex Doe and Chicago diss each other at the Rewind Concert launch.

“Ghanaians In The UK Are Sleeping” – Akon Tells Manny Norte