“Ghanaians In The UK Are Sleeping” – Akon Tells Manny Norte 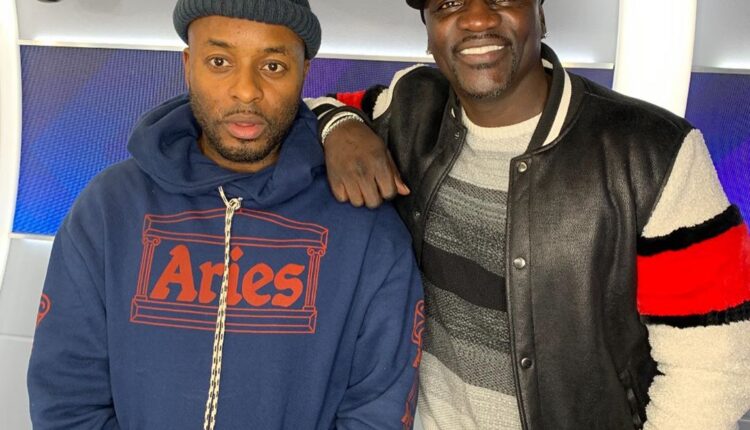 Speaking with Manny Norte on Capital Xtra and monitored by Ghana’s Hub For Pop Culture & urban Entertainment News – www.nydjlive.com,  Akon reveals the right moment for Ghanaians in the diaspora to invest in the country is now!

According to him, Ghanaians in the diaspora were missing the big opportunities to own properties in the motherland where the right return on investments could be made.

“Africa is home. I invest everything I have in Africa. That’s the goal. That’s where everything needs to be invested. That’s where you’re gonna get your value and have your investment back. I’m telling you, you Ghanaians are sleeping. Especially all the Ghanaians in the UK. If you guys are not investing right now, you’re missing all the opportunity.  By the time you guys figure it out, it will be too late,” he said.

He referenced the Roca Felas and their stake in New York City and asked Ghanaians in the diaspora to move in quickly.

“Imagine New York City before it was New York City,  the one family that understood the value which was the Roca Felas, they own the city. All those buildings and lands they invested is all paying off today cos they got it early. Ghanaians have that access right now. As you know the property  value is raising and going up every year and you have access to grab it all right now and build on it. That’s the only place left to develop.  So whatever Dollar or Pound you have, trust me, you need to  land in Ghana or Africa asap!” he said.