Top 10 Youngest Billionaires In the World 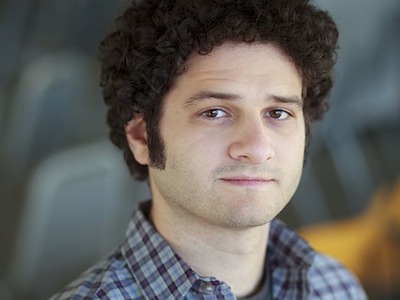 There are 1,426 billionaires in the world this year. They are the wealthiest of the wealthy. But only 29 members of this elite list are under 40 years old, with that exciting combination of money and youth.

Those 29 have a total of $119 billion between them. Ten come from the technology sector, including four from social networking giant Facebook. Eleven come from the United States, the rest from countries abroad. Five are newcomers to the billionaire ranks. Read the full list below.

No. 1: Dustin Moskovitz
Age: 28
Net Worth: $3.8 billion
Moskovitz, Mark Zuckerberg‘s former roommate, no longer works at Facebook, the social networking giant that he co-founded. A signee of Bill Gates‘ and Warren Buffett’s Giving Pledge, Moskovitz bikes to work, flies commercial, and pitches his own tent at Burning Man.

No. 2: Mark Zuckerberg
Age: 28
Net Worth: $13.3 billion
Few CEOs of any age are under more media scrutiny than Zuckerberg (who’s only 8 days older than Moskovitz). Since taking Facebook public in May 2012, and getting married days later, the hoodie-wearing founder has seen his net worth rise and fall with every fluctuation of the stock price.

No. 4: Scott Duncan
Age: 30
Net Worth: $5.1 billion
Duncan is the youngest of the four children who inherited the massive fortune of late energy pipeline entrepreneur Dan Duncan, founder of Enterprise Products Partners. Today the company owns more than 50,000 miles of natural gas, oil, and petrochemical pipelines.

No. 5: Eduardo Saverin
Age: 30
Net Worth: $2.2 billion
Facebook co-founder Saverin renounced his United States citizenship in 2011, news of which broke days before the company’s IPO and drew accusations of tax evasion. Saverin, immortalized in The Social Network as Mark Zuckerberg’s onetime best friend, settled a lengthy legal battle with Facebook, apparently receiving a 5% stake. A Brazilian citizen, he now resides in Singapore and invests in startups.

No. 6: Huiyan Yang
Age: 31
Net Worth: $5.7 billion
Yang, the daughter of the founder of real estate developer Country Garden Holdings, is once again China’s richest woman. Her father transferred his stake to the Ohio State grad before the company’s IPO in 2007.

No. 7: Fahd Hariri
Age: 32
Net Worth: $1.35 billion
Hariri is the youngest son of slain Lebanese Prime Minister Rafik Hariri. He graduated from the Ecole Spéciale d’Architecture de Paris in 2004. While still a student, he ran an interior design studio on the outskirts of the city, and sold furniture to clients in Saudi Arabia.

No. 9: Sean Parker
Age: 33
Net Worth: $2 billion
Parker is revamping his much hyped start-up, Airtime, with the hopes that the video chat site will have the impact of his other Web companies. At 19, Parker skipped college to disrupt the recording industry with music swapping site Napster. He served as Facebook’s first president at age 24.

No. 10: Ayman Hariri
Age: 34
Net Worth: $1.35 billion
Hariri is the son of slain Lebanese Prime Minister Rafik Hariri. He’s involved in running Saudi Oger, one of Saudi Arabia’s biggest construction companies, and the source of the Hariri family fortune.