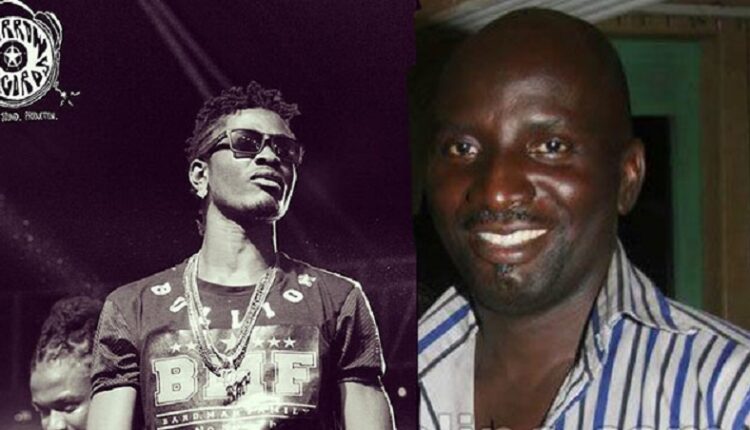 If you thought Ghanaian film producer Socrate Sarfo had chickened out after Bad Man Family artist Tinny released Socrate Atanfo, a song which seemed to diss the producer for a comment he passed about him (Tinny) on fathering four different children with four different women, you better reconsider as the former has dropped another deadly weapon.

In an early post on Sunday morning, Socrate Sarfo who once served as the Public Relations Officer for the Film Producers Association of Ghana (FIPAG) described Tinny as an example of an untamed cobra in an opened flap impregnating and giving birth everywhere he goes.

He also stated that he is informed the said artist has 16 children with different women.

“Tiny boy is an example of untamed cobra in an opened flap giving birth pio pio pio every where I don’t believe he’s got only four children, I heard they are 16, with different women at his age.”

Lambasting Tinny for such a character (although yet to be substantiated), Socrate Sarfo commended Obrafour for staying as a great example worth emulating by the youth.

“Obrafuo is an example of a responsible artiste worth emulating by the youth, he knows his wife and has disciplined the animal in between his legs.”

In recommending an option for the artist, Socrate Sarfo appealed to his followers to suggest a good brand of condoms for the musician to avoid having so many children.

“Pls someone should recommend a good brand of condom, or castration will save our innocent girls who attend the shows.”

Last month, Tinny threatened to sue Socrate Sarfo for defamation stating that his accusation of having four children with four different wives were unfounded. However, the law suit came in the form of a diss song Socrate Atanfo .

Tinny is yet to respond to the new accusations levelled at him.