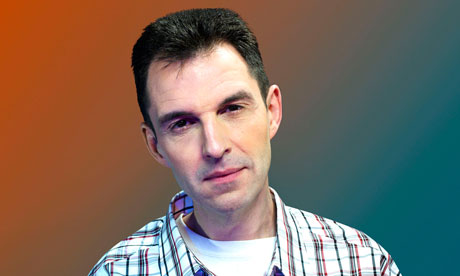 He has been the voice of hip hop on Radio 1 for a generation but veteran DJ Tim Westwood is to leave the BBC station after nearly 20 years.

Westwood will depart the station as part of a shake-up of its Saturday night schedule that will see new shows for presenters including MistaJam, Charlie Sloth and DJ Target, the BBC announced on Friday.

The 55-year-old presenter joined Radio 1 in 1994, hired by the then controller Matthew Bannister to present the station’s first rap show in a bid to attract a younger audience.

Now Westwood appears himself to have become the victim of a drive to find a younger audience, the latest in a number of changes on the station that saw long-running breakfast presenter Chris Moyles replaced by Nick Grimshaw.

Westwood, the son of a former Anglican bishop, always made for an unlikely-sounding Radio 1 DJ playing hip hop, grime and R&B.

But he is universally respected by his peers with a knowledge of the industry that is second to none.

“I don’t think you can criticise somebody for having a good background,” he told MediaGuardian in an interview in 2009. “I’m a self-made man in this game. It’s not like my dad knew a local club promoter and hooked me up with a rap party, or my dad knew Jay-Z’s manager.”

Westwood presented the drivetime show on digital station, 1Xtra, for three years until 2009, when he claimed he was “sacked”.

He also famously told fellow Radio 1 DJ Scott Mills on air that his show on the nascent digital network had no listeners.

“I’ve been broadcasting to absolutely nobody for the last three hours,” Westwood said. “What are you laughing about? Didn’t you see the figures? No-one listens to Westwood in the afternoon. It’s soul-destroying.”

Westwood was in a drive-by shooting in west London in 1999, suffering serious injuries. “The guy pulled up right next to the car and shot through the windows to shoot me in the head,” he later said.

Radio 1 controller Ben Cooper said: “I’d like to thank Tim for the last 20 years on Radio 1 – his passion for hip-hop is legendary – I wish him all the very best.”

Zimmerman Juror Comes Forward And Says He ‘Got Away With Murder’