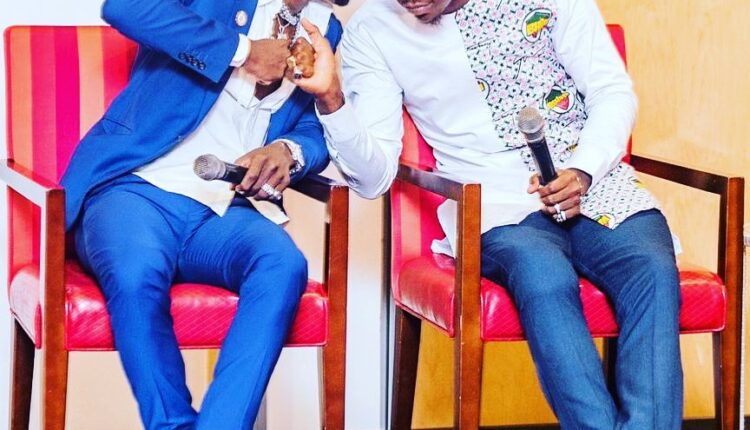 The adjournment according to Razz News, follows a plea by the state Prosecutor Superintendent Emelia Asante to enable her call her final witness to testify in court.

According to her, she has four witnesses to testify in court and has since been able to call only three witnesses leaving the remaining one.

The court has, therefore, directed that the final witness should be called before 15 July to allow a continuation of the case.

HISTORY OF THE COURT CASE

The duo were granted bail after they were charged with Breaches of Peace, contrary to Section 2017 (1) of the Criminal and other Offences Act 1960 (ACT 29).

Stonebwoy also received an additional charge of display of weapon in public space without permission contrary to Section 7 (1) and 26 (1) (a) of Arms and Ammunition Act-1972 (NRCD.9)

According to a statement signed by Effia Tenge, Deputy Superintendent of Police and Head of Public Affairs, the two Dancehall artistes pleaded not guilty to the charges and have been admitted to bail in sum of GHc 50,000 with one surety each.

The statement also said that, the court has advised the two accused persons to be of good behaviour during the pendency of the case before the court.

Ever since the two have apologized to all stakeholders and fans.

On June 4, 2019, Stonebwoy and Shatta Wale held a peace conference to announcement settlement of their differences. They promised fans of good behavior and asked them for support as they move on the peace journey.

The also hinted of peace concerts across the country.

The conference was put together by Kofi Aban, the man responsible for bringing the two artists together after their recent challenges with support from Bhim Nation, Shatta Movement and Rufftown Records.

Damn! Tweep Hits Back At Medikal – “I Heard of Your Name Because You Changed Ladies And Not Because of Your Career”