“Stone is the best Rapper in Ghana” – Okyeame Kwame 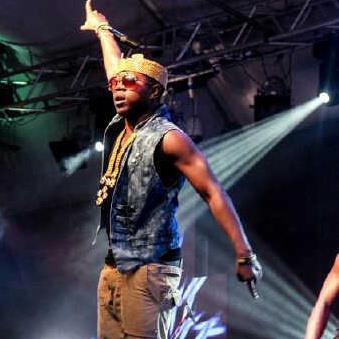 Okyeame Kwame could be on the way to losing his “best rapper alive” title after declaring his blood brother “Flowking Stone” of the Bradez as the best rapper in Ghana.

Amidst controversies as to who the best rapper in Ghana was after Lynx TV, a new entertainment TV show which airs on Viasat 1 in its first episode had outlined the top ten rappers on its 233 Chart Segment. Okyeame Kwame who could not hide his opinion took to social networking site twitter stating who in his own opinion who should have come tops.

When asked by an anxious fan whether Okyeame Kwame believed his brother was better than he was, Okyeame Kwame replied in a tweet;

This might not be too farfetched as not too long ago, two times Ghana Music Award artist of the year Sarkodie also endorsed Stone as one of his best rappers in Ghana via twitter.

Stone who has however accepted the title in good faith still believes his brother Okyeame Kwame is the best as he tweeted saying;

Stone is set to release his much awaited machine gun freestyle 1, 2 and 3. Stay glued to NY DJ Live as we will bring you up to speed with the new releases.