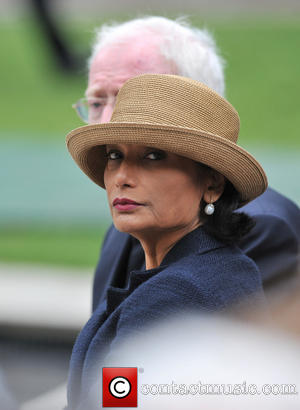 Shakira has emerged victorious in her legal war with an ex-boyfriend after his multi-million dollar lawsuit against her was dismissed.

The Colombian superstar has been embroiled in a bitter battle with Antonio de la Rua since he sued her last year (12), arguing he is entitled to a share of her massive fortune for reportedly acting as her manager and helping to negotiate lucrative contracts during their 10 years together.

He cited an oral agreement between the former couple as grounds for his claim, but his allegations were shut down on Thursday (01Aug13) when a judge ruled the case should not be heard in Los Angeles.

De la Rua had previously attempted to bring his claims to courts in New York and Switzerland, but those actions were also dismissed.

The Hips Don’t Lie singer, who has since moved on with Spanish soccer star Gerard Pique, the father of her baby son Milan, has released a statement expressing her relief, insisting, “I am very grateful that the courts are not allowing these groundless lawsuits to proceed. I have moved on in my life and could not be happier now. I hope this harassment will now come to an end.”

In his ruling, Los Angeles Superior Court Judge Abraham Khan insisted the matter should be heard in Shakira’s native Colombia or the Bahamas, where she claims residency.

A statement from de la Rua’s attorney William T. Reid Iv suggests his client will not drop the fight: “This is a classic case of you can run, but you can’t hide. Eventually, Ms. Mebarak (Shakira) will have to respond to his claims because she will run out of procedural arguments and delay tactics.”