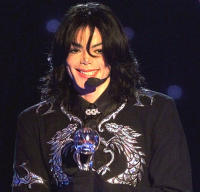 (TheWrap.com) – A previously unreleased series of duets from Michael Jackson and Freddie Mercury are set to come out this fall, according to members of Mercury’s band Queen.

Guitarist Brian May and Drummer Roger Taylor promised “something for folks to hear” in two months, according to media reports.

Jackson and Mercury recorded three tracks at Jackson’s Encino, California home in 1983. The sessions never went further and the music was not released. Until now, that is.

The King of Pop died in 2009 at age 50 after suffering cardiac arrest linked to his drug dependency. Mercury died from an AIDS-related illness at age 45 in 1991.

Guitarist May described working on the sessions this month as “Exciting, challenging, emotionally taxing. But cool.'”