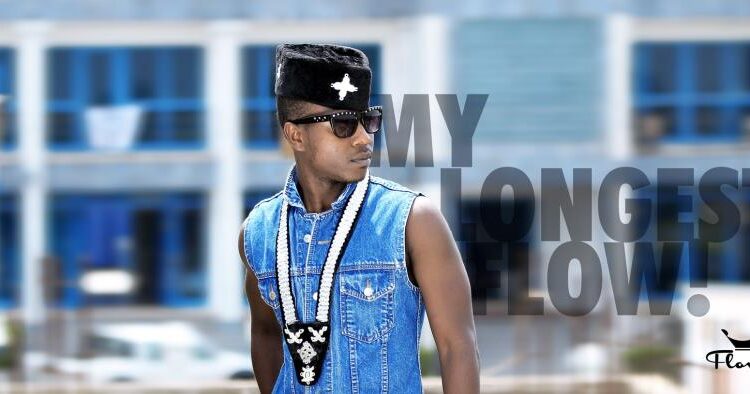 Undoubtedly one of Ghana’s finest rappers at the moment and brother to Ghana’s Best Rapper Alive, Flowking Stone is on the verge of cementing his already established name in the minds of many fans worldwide at the release his new single “My longest Flow” after successfully dropping “Machine Gun Flow” which featured the Grand Papa of hip life, Reggie Rockstone showering on him all the praises.

Describing the work in his own words, Stone says;

Coming from the background of having to compile most of his already used lines in other projects, it would have been difficult to accept that half of the pair to the group Bradez, would go wrong. Carefully interspersing the flow with new punch lines, he was right on point to “Kill” it.

Need I write more under this, delivering in a more relaxed manner that will make every listener soak the import of the song, each line in the song will be grabbed by the slowest dude in the industry, lol.

Carefully listening to the new single “My longest Flow” one is tempted to believe braggadocio is a part of hip hop as Sarkodie for instance has already been criticized excessively  for his new approach to most of his recent projects. From the background of a degree holder in Biochemistry from the Kwame Nkrumah University of Science and Technology, Stone is he definitely entitled to talk about it as much as he can so far as it makes sense however, the final bars are full of braggadocio.

Quite characteristic and seemingly a family virtue, the Flowking touches on love, female maltreatment and need to be hardworking.

Worth listening and step in the right direction.