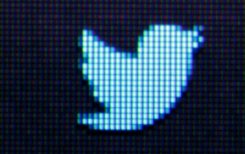 AFP – Twitter said it acquired the emerging music software firm We Are Hunted, amid reports that the popular messaging platform was readying its own music service.

San Francisco-based We Are Hunted was launched in 2007 in Australia, and allows its users to follow emerging music trends and artists. Its software continuously updates lists of top music around the world.

Neither company indicated plans, but the We Are Hunted site strongly hinted the deal means Twitter will be launching a long-rumored music application.

“There’s no question that Twitter and music go well together,” a statement posted on the wearehunted.com site said.

Artists turn to Twitter first to connect with fans, and people share and discover new songs and albums every day. We can’t wait to share what we’ve been working on at Twitter. We wish we could say but we’re not yet ready to talk about it. You’ll hear more from us when we are.

For now, the existing service will be shut, the statement said.

The Dow Jones-owned website AllThingsD said the music service could be launched as soon as this weekend at Coachella music festival in California.

The report said users will be able to listen to clips of music from inside the app, using third-party services and watch music videos from Vevo, which is operated by Universal Music and Sony.