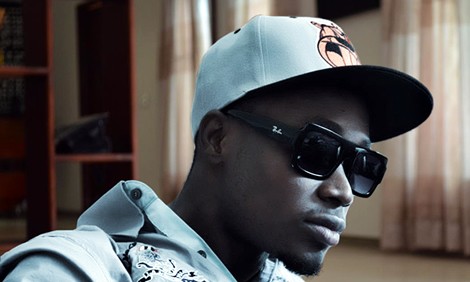 Ghanaian born rapper, sound engineer, producer and CEO of BBNZ Live, an Accra based record label Elorm Adablah well known as E.L has thrown harsh words at and cursed a member of the Ghanaian Police patrol team who illegally arrested him, threw him into his car under the influence of what he calls “cheap alcohol” only to demand bribe from him.

The event which happened last night, Saturday November 24th 2013 was very embarrassing for the artist who later took to social networking site Twitter after been freed to curse the police man. In a series of tweets, the artist wrote;

As sure as water is wet,&My GOD lives, the drunk police men who Handcuffed me for no Reason tonight will be Patrol Men till they die#markit

If the sun comes up tomorrow, the drunk police men who arrested and handcuffed me for no reason will never sleep again

Dear @KwameNkrumah , Alomo ,Agya Appiah , Mandingo , Herb Afrique and Mandingo handcuffed me and threw me in a Patrol car tonight for bribe

Sit me for your Patrol car inside ask me say ‘so what’s up’ … Illiteracy & corruption Level is up.

Tired of this shit

It is however not clear what led to the arrest.

Jupitar walks off stage in Ho Polytechnic. Read Why