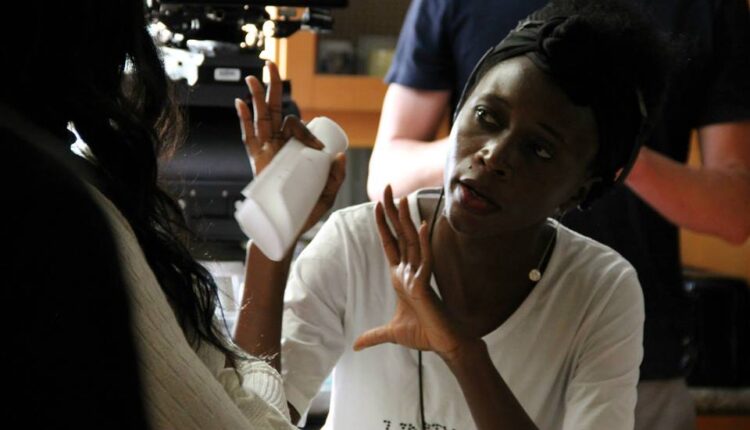 Award winning movie Director and Producer of award winning movies Sinking Sands and Ties That bind is back at laying facts bare via social networking site Facebook where’s she has been very outspoken all this while lamenting on the ills and evils in the Ghanaian movie industry (only if such an industry exists ).

In what she describes an unfair treatment to the movie industry, Leila Djansi believes actor Frank Artus is one of the worst things that happened to the movie sector and asked he quits acting to secure another job or go back to school; an update many concurred.

Perhaps “fooled by the mediocre fame”, Leila advised the actor to do an introspection to better assess himself since his place shall soon be taken.

There are some Ghana actors who should not be acting. Tomorrow, I MIGHT name some. but seriously, anyone who loves the actor Frank Astus (meant Artus) should tell him to get another job. This is not fair. Some people try way to hard and it

Read some of the comments by friends;

Doris Ama Amponsah Darko I agree with u on that Frank Astus is a terrible actor I don’t like this movies .he is one of the worse actor I have seen .

Peace AD-Demay I thought i was the only one. I watched him in a movie somewhere in 2010 and i stayed away from movies he featured since then until a few months ago i watched ‘Bride Wars’ in which he played the role of a pastor and i decided to try his other movies later. Btw i thought he’s a Liberian.

Ansah-Addo Halifax Well we we celebrate mediocrity a lot. So we hardly see the difference between amateurs and professionals. We also mistake constructive criticism to be hate campaign. Give Frank a chance. The producers would tell you there is a “market” for him and that his movies sell in Kumasi. What else can you say? Getting sad

What is your take on Frank Artus? Is he cut for the acting profession?

Franca Plange Writes “If the Tea is Hot”