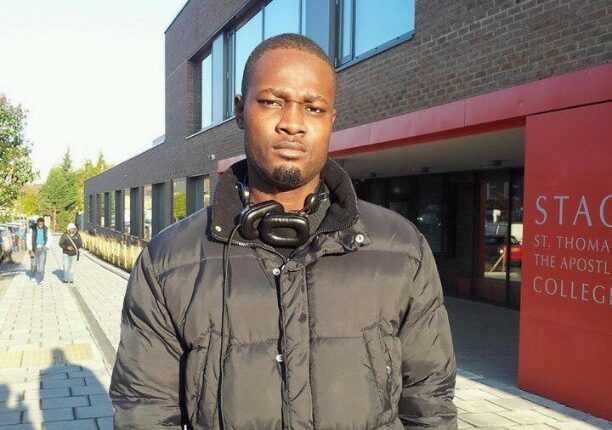 “All shall pass but for the word of God”, a phrase that might sound more of a cliché but hurts to be heard especially when a friend or close associate passes away.

Information gathered by www.nydjlive.com indicates that Nana Ofosuhene otherwise known as Okofrompa died early this morning after a short swell in his leg when he had hit his leg against a taxi he was getting on board just two weeks since his return from the United Kingdom where he had been based for a while. A situation that’s got many thinking an wondering.

Okofrompa who complained of headache yesterday was taken to the Komfo Anokye Teaching Hospital in Kumasi last night where he passed away this morning.

Known for his exploits on KNUST as host of Campus Filla, a regular Sunday evening programme that ran on Focus fm which sought to expose the evils on the university campus in a more sarcastic and jovial manner and to seek the welfare of students as well, Nana Ofosuhene popularly known as okofrompa gradually found himself a space in the hearts of many people on the university’s campus.

Speaking to Stephen Akwasi Appiah, popularly known as DJ Kwesman, a very close friend who also worked with him as a producer for the Campus Filla, he remained dumbfounded and expressed shock at hearing the news and wished it was never true since Okofrompa was really healthy despite the leg swell.

The entire staff of focus fm, the colleagues with whom you worked as well as your course mates wish you a safe journey and a perfect sleeping place till we meet again.

Really? Beverly Osu Denies Having Sex with Angelo in the BBA House