Franca Plange Writes “If the Tea is Hot” 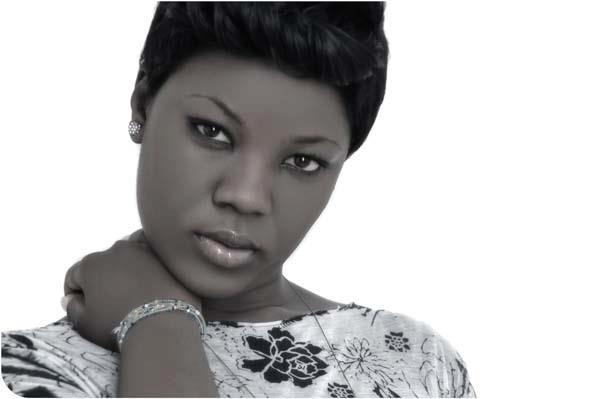 As promised, the first installment of the monthly write up by Franca Plange rolls out from today with the first editorial titled “If the Tea is Hot”. Enjoy as you sip down the tea.

“If the tea is hot, add milk?” My elder sister and I both asked in a tone of utmost wonder and amazement. My father had been telling us about an experience he had witnessed the previous day at a rich friend’s house.

My dad also worked for this woman. He taught her children after school hours at her home and also gave her advice from time to time. This made my father earn her trust and thus, became a very important friend of the family, just like he was, in many of such families.

Once he was invited to have breakfast with her family and my dad couldn’t help but notice the distinctions between our world and their world.

My sister and I stared in amazement as my daddy went on with his story. At the table, there were all kinds of things my family only saw at wedding buffets, parties and colorful hotel menus; pastries of all kinds, sliced bread, pies, sausage rolls, their aromas gliding gracefully across the walls of the room, and their vapour making the very saucers carrying them, sweat profusely.

Yes, freshly baked pastries, because, this woman could afford a chef. Woooooow! My sister and I exclaimed, with our mouths widely opened and eyes almost falling out their sockets. The kind of reaction one gets after watching a thrilling action movie with stunts pulled out like the ones in Fast and furious 6.

Then, he moved on to the beverages. Of course there were varieties here too, but not the usual variety that I knew which was tea, cocoa or coffee. Typically, the tea we drank in my house was a kind of tea whose brand was not known because I had never seen an advert of it on TV like I usually saw that of Lipton tea and could even sing their theme song. Plus, I didn’t even know the name of our tea. All I knew about it was that, it came in a big red box; it was hundred pieces in a pack, was very affordable and could last a whole year.

However, this was not the kind of variety my dad saw in that house. According to my dad, when it came to the tea, there was the strawberry flavored one, ginger, orange and grape flavored tea. Now at this point my sister and I were lost for words so we both opened our mouths but nothing could come out of it. This is because no word in our vocabulary could describe what we were hearing.

It was like hearing delightful breaking news. My dad went on with his story, after he had made his choice of the strawberry flavored tea, it was served to him in a very fine tea cup. A shapely tea cup which was white, cute and was just a little bigger than what the ushers served communion wine in at church.

From the description my dad gave about the cup, I thought to myself, if this was what we drank tea from in my house, I would probably go three or four rounds in a row. Quickly, I urged my daddy to go on with this story that sounded like Alice in wonderland in my ears.

Then he came to the part of the story that defined luxury in totality to my sister and me, at least as far as I am concerned. He said, because the tea was very hot, he kept on stirring it with the tiny shinny silver tea spoon that came in the saucer that carried his tea. When this proved futile, he would blow it gently and this will cause tiny bubbles on the surface as if it had fishes swimming in it.

Then the woman, my father’s friend and host uttered in a sweet and soft motherly tone, “oh Mr. Plange, if the tea is hot add milk”. There was a brief pause from my sister and me and then this followed; “Hahahahahaha”, came the reaction from my sister and me. We laughed, clapping our hands together. As for me, I was rolling on the floor, because this was serious comedy in my house.

A tea that was already creamy and thick to the extent that, stirring it needed almost the same amount of energy required to stir the early stages of “banku”. This was because in my house, when the tea is hot you add cold water. Everybody knows this or at least I thought.

My house was the typical “Fante” house where just like our colonial masters; we did not joke with our early morning breakfast ritual. Even though it was not taken the exact way the British did theirs, we still went ahead and did it our way.

We are a family of four, my father, my mother, my elder sister and I. We didn’t boil water and poured it into four separate cups to dip four tea bags separately in each cup. Rather, two tea bags are put into the kettle and after it has thawed we all share it.

We hardly had tin milk in our house, and even when we had it, it had to last a week. And how did we do this, my mum will measure two teaspoon full of the milk for everyone, exactly how the “asana” sellers sell their milk and we will put the rest in the fridge.

What was constant was “cowbell” milk powder in sachets. We empty a sachet in a cup, make a solution with water and once again, measure two teaspoons full. This was what we knew and were used to. So you now get why the woman’s utterance amused us.

My dad could not believe his ears and quickly replied that he would manage it like that. He quickly took large sips of the tea because he couldn’t wait to come home and share this story with his daughters. The phrase “if the tea is hot add milk” has become a slogan in my house. Till date, we always remember this story and we laugh over it to remind us how funny this world can be.

Now about fourteen years after this incident, how has the way I was brought up affected me? I grew up in an atmosphere of moderation, an environment where every drop or particle of food or every amount of money was vital. An environment where because we didn’t know how tomorrow was going to be like, we always prepared for it. We didn’t spend lavishly, or waste food.

The very little things that in other homes was insignificant, were the very things we held in high esteem. Not just milk at breakfast, but from the soft drinks and chicken which we had only on special occasions like birthdays, Christmas and Easter. Because we seldom enjoyed these things, it made us cherish these occasions and also appreciate the opportunity we had to experience them.

This made us capable of coping any where we found ourselves, no matter the situation. And funny enough, even now when things are a lot better we can’t just abuse things. It is a habit now. However, this is not the conclusion I am driving at.

Fourteen years along the way, my sister and I are adults now, and so are the woman’s children; a boy and a girl. My sister has grown into a very beautiful young woman of whom I am so proud of and so have I. Although my sister is slightly thinner than I am, I am not all or fat.

The woman’s children are overweight, obsessed and are currently fighting at all cost to lose weight or else stand the high risk of diabetes. They had everything in excess that we didn’t have: food, drinks, sweets and an easy life full of servants at their beck and calling.

Little did we know that while we were using things moderately, because we couldn’t afford the luxury of excess, we were also living the healthy lives that doctors and nutritionists are now advocating for a healthy illness free life! We seldom had margarine or butter during breakfast, the same applied to omelets, bacon, ham, jam, chocolate spread and all other forms of a fancy breakfast. Today, we are being advised to avoid all these things if we want to live longer.

Life might be hard, might be tough and might also not be fair. However, every individual trial we go through should shape our life and become an advantage to us in future.

My sister and I may not have enjoyed milk, omelet, margarine and chocolate spread when we were young, but today, we are confident in our bodies and can go places that the children of my father’s friend can’t go.  To you, my grandmother missed out on life in her youth and marriage, but she did not miss out on seeing her children, grandchildren and great grandchildren grow, an opportunity  that a lot of rich people even younger than her don’t usually get.

Now, things are a lot better, and we can afford these so called luxuries. But anytime am about to pour milk into my tea from a tin of ideal milk, I remember the phrase; “if the tea is hot add milk”. Now even though I can afford to use the whole tin in a day, I don’t. I still add water instead because I know how those years of having little have helped me. I have come to learn that; having things in excess does not mean we should abuse it.