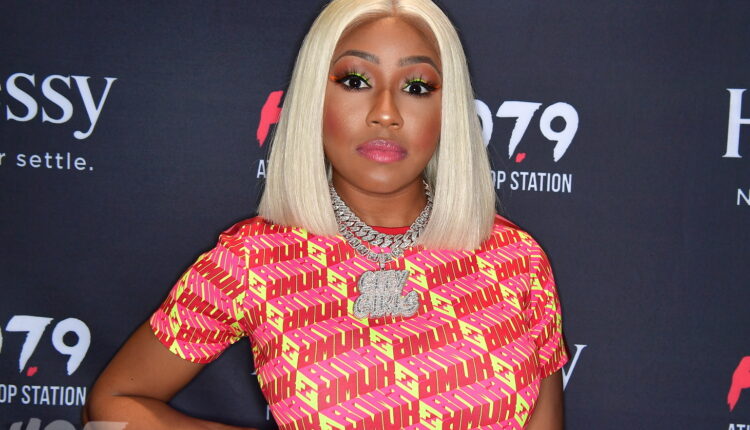 Yung Miami is safe after being targeted in a drive-by shooting in Miami.

The Miami-Dade Police Department received a call of a shooting early Tuesday morning (Aug. 6) near Circle House Studios, reports  TMZ. The City Girls rapper, who is pregnant, was riding in a red Mercedes G-Wagon. Shots were fired at the vehicle, but she was not hit.

After the incident, Miami—whose real name is Caresha Brownlee—spoke to cops on the scene and explained that the shots came from behind her from a vehicle with its lights off, and a bullet struck her spare tire. She was reportedly leaving the studio when it happened.

“The shots started from behind me,” she told the officer. “The first shot hit the fuckin’ spare tire thing.”

In June, Yung Miami revealed that she is  pregnant  with her second child. The father is Southside of production duo 808 Mafia. A week ago, Kodak Black released a  freestyle  during which he threatened to hit her in the stomach in retaliation for refusing his hand in marriage.

Police are currently investigating and there are no suspects at this time.