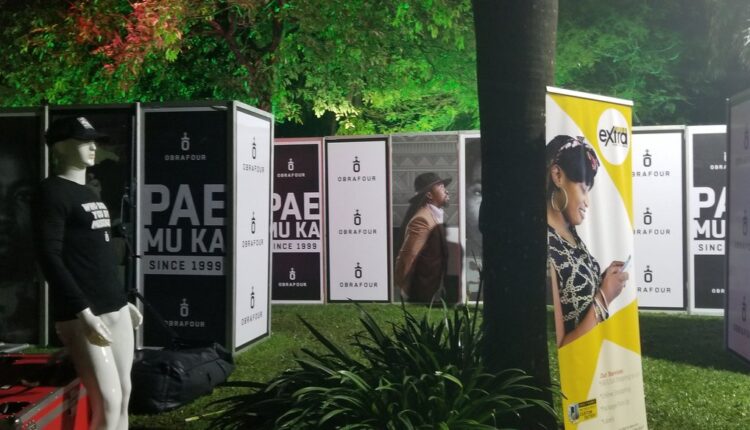 Undisputedly the greatest hiplife album ever to have been recorded, Obrafour’s Pae Mu Ka is two (2) decades old.

As part of celebrations to earmark the 10 track Hammer (Last 2) produced album which will eventually shape the music culture in Ghana, #PaeMuKaat20 has been launched.

Speaking at the launch on Wednesday May 29, 2019 in Accra – Ghana, Business Development Manager for Obrafour, Edward Owusu stated saying the main objective of #PaeMukaat20 is to “cement Obrafour’s legacy and also unveil the next stage of Obrafour’s career”

He revealed number of activities have been lined up all year to celebrate Obrafour. These include a symposium on hiplife which Obrafour plays a major role in. Again, Obrafour will lead a number of artists on a Cypher which will air on TV, this will be a medium to foster unity among Ghanaian musicians.

As part of activities to celebrate the success of the legendary Ghanaian rapper Obrafour and what Pae Mu Ka meant to all, a regional and European tour has been announced during the #PaeMuKaat20 in Accra, Ghana.

The tour will see Obrafour in Koforidua, Takyiman, Kumasi, Takoradi and eventually crown #PaeMuKaat20 in Accra.

The celebrations come along with beautifully branded paraphernalia including Shirts, caps etc which will be made available for sale soon.

Watch some excepts of performances from the launch of #PaeMuKaat20 and look out for the official dates of the regional tours. It could be coming to your region soon.