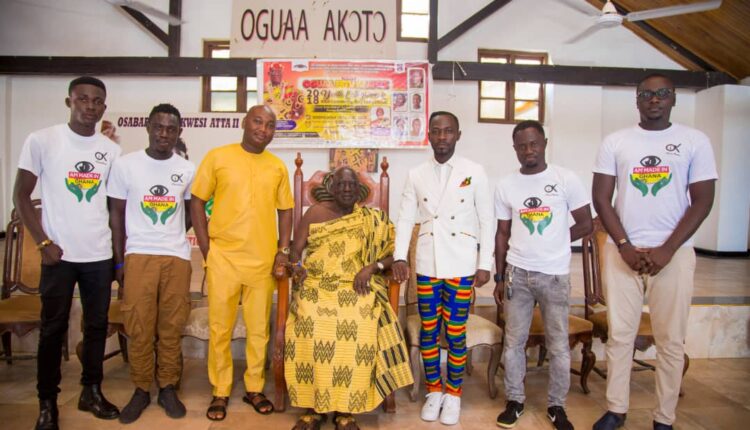 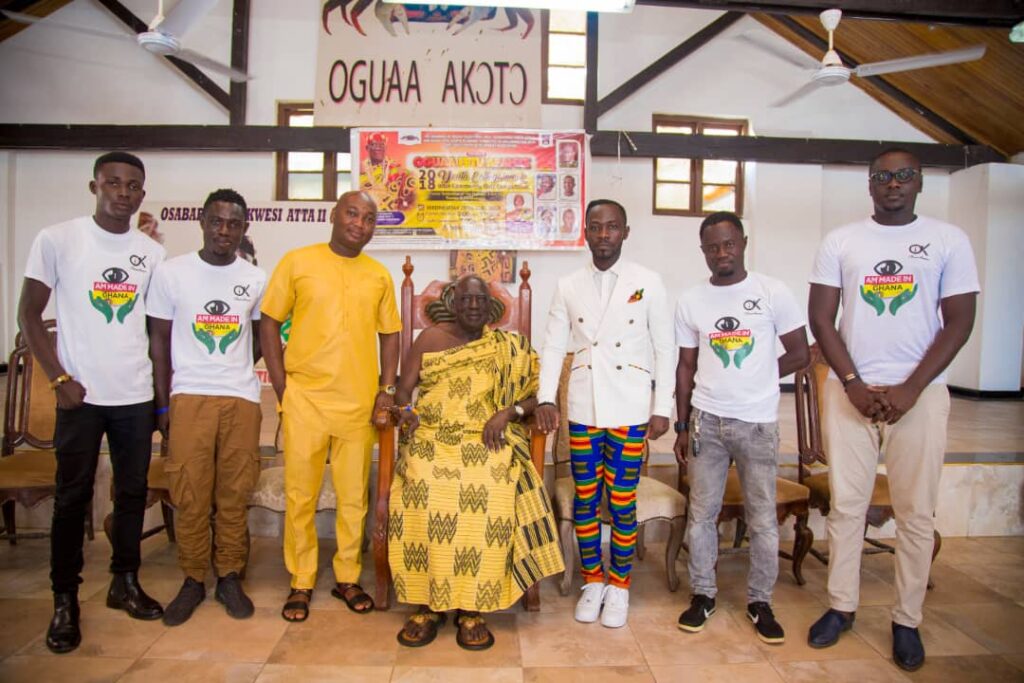 Celebrated Ghanaian musician, Okyeame Kwame has launched the first single off his upcoming album ‘Made in Ghana‘, in Cape Coast.

The launch took place on Friday, 28th September, 2018 at the Chief’s Palace in Cape Coast.

He also paid a courtesy call on the Municipal Chief Executive (CEO) of Cape Coast, Ernest Arthur and introduced the ‘Made in Ghana’ project to him.

Later in the evening, Okyeame Kwame met with his fans at Sikakrom in Cape Coast to entertain them with a performance of his songs.

‘Made in Ghana’ which happens to be the theme song for the yet-to-be-released ‘Made in Ghana’ album, talks about the pride of the country. It mentions the need to promote the various aspect of Ghanaian culture. According to Okyeame Kwame, the purpose of the ‘Made In Ghana’ project is to imbue a sense of national pride, foster music tourism and expose indigenous music fusion.

After receiving a copy of the song, the Paramount Chief of the Oguaa Traditional Area, Osabarima Kwesi Atta II, urged Kwame to use his brand as a tourism ambassador to re-orient negative perceptions about musicians. “Being a tourism ambassador means you represent the country. There are certain wrong perceptions about musicians that need to be changed. And I believe it is a great task on you now to use your influence to change some of these perceptions,” he stated.

Others are Wulomei, Feli Nuna and Kuami Eugene.

The songs represent the 10 regions and their cultures, bringing varied Ghanaian rhythms together through music, videos and paraphernalia.

Each song will be launched at a location in the region it represents.

As a tourism ambassador, Kwame would also use shots of historical and tourist locations in the various regions for his music videos. He has also created a pyjamas line called ‘OK Impressions’ designed with African fabric, as part of his bid to promote Ghanaian culture and tourism through the arts.

The entire album will finally be released on December 14, 2018.

Listen to ‘Made in Ghana’ by Okyeame Kwame via this link: https://soundcloud.com/user-481143303/made-in-ghana