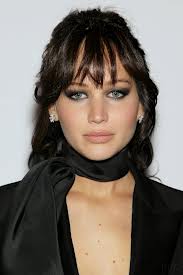 Jennifer Lawrence won the Academy Award for Best Actress and in the words of Kanye West, and “it all falls down.”

The Silver Linings Playbook actress walked on stage to accept her award and tripped over the train on her beautiful Dior dress. She laughingly played it off, saying the crowd was just cheering for her because she fell.

This isn’t the first time she has a mishap accepting an award! Jennifer Lawrence suffered a wardrobe malfunction at the SAG Awards just a few weeks ago. Then while heading into the BAFTA Awards, she fell outside and lost a shoe.Seems like for all of her skills acting, Jen might need to take some lessons in walking!