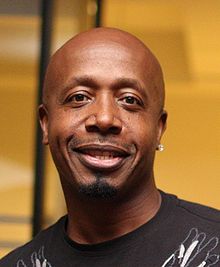 MC Hammer was arrested on Friday, February 22nd for obstructing an officer.

Hard to believe that the gangsta rapper-turned-christian preacher could find himself behind bars, but a Dublin, Calif. police officer booked and released the flashy rapper into the Santa Rita jail the same day. Hammer, born Stanley Kirk Burrell, took to Twitter to tell his side of the events — claiming he was a victim of racial profiling.

Check out his tweets below:

chubby elvis looking dude was tapping on my car window, I rolled down the window and he said'”Are you on parole or probation?”

While I was handing him my ID he reached in my car and tried to pull me out the car but forgot he was on a steady donut diet. ..

It was comical to me until he pulled out his guns, blew his whistle and yelled for help (MallCop) !!! But make no mistake he’s dangerous ..

You have to know me to understand I was laughing when he was grunting and pulling on me .. I had just left the weight room ..

I will now answer his question, contrary to his personal beliefs, all people of color are not on parole or probation fat boy !!!