Nigerian Actor Confesses: “I Knew I Was HIV Positive & Infected My Wife” 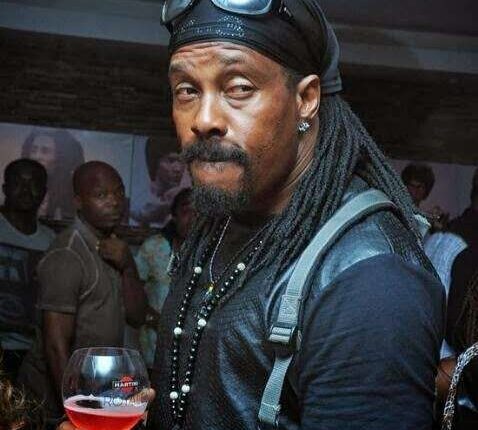 Bad boy of Nollywood, Hanks Anuku who rose playing major lead roles in movies both in Nigeria and other African countries has tested positive to HIV according to Pulse.

According to the site, the actor in an interview disclosed he left the shores of Nigeria for Zambia in April 2011 where he took part in various plays on teaching about HIV and AIDS without his wife and two kids for six month enjoying life and sleeping with 80 women.

“Life in Zambia was heaven on earth because we could enjoy life, moving in all places but I was missing my family. During that time I had quite a number of sexual activities and I slept with different women. When I came back home I never took care of the family. I started drinking life a fish and became an irresponsible husband leaving the entire burden to my wife,” he said.

Speaking on how his wife was infected with the deadly virus, the actor said he kept mute about it since he was frustrated. (Perhaps, he remembered the vow, “For better, for Worse as exchanged during their wedding).

“I got tested while I was in Zambia after one of my girlfriends advised me about her pregnancy. She had gone for pregnancy tests and during that time she was tested for HIV and the results was shocking, she was positive. She forced me to get tested but I could not come to terms with the results. After I got tested I came back to Zimbabwe and I kept quiet about the issue. I never told my wife about the issue. I infected her but I regret. I later on received some counseling and it well well,” he explained

“During my peak of popularity I had sex with approximately 80 women, within Harare and Zambia. In 2002 it was so amazing to be on TV. I abused the fame. To make matters worse I lacked counseling and I failed to handle it properly, leaving me in this mud. I am now a born again Christian with UFIC under the guidance of Prophet Emmanuel Makandiwa.” He continued.