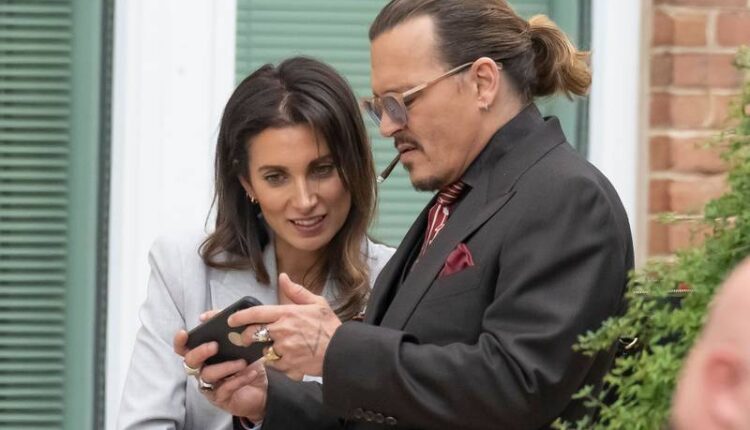 Reports have been abuzz with speculations that Johnny Depp has a new girlfriend!

‘Pirates of Caribbean’ actor is dating Joelle Rich, a lawyer who defended him in the UK court battle against the British tabloid The Sun. Johnny Depp had sued the tabloid for calling him a “wife beater” in 2018.

Joelle Rich, 38, was present in court during Depp’s legal battle with The Sun.

US Weekly reported that after the UK court trials ended, the bond between Depp and Rich grew into romance and that the two have recently started dating.

A source close to the pair told US Weekly that their “chemistry is off the charts” and that “they are the real deal”.

The reports were confirmed not by US Weekly alone but also by other outlets like TMZ, last night.

Joelle Rich was one of the lawyers who represented Johnny Depp in a UK libel lawsuit. Rich was not a member of Depp’s legal team in his defamation case against former wife Amber Heard.

Nevertheless, she was in the Virginia courtroom to ‘ support’ the nominee. Depp was awarded $15 million in damages and $5 million in punitive damages. An insider revealed that ‘Rich was not required to be there for work purposes.’

Joelle Rich is a lawyer in London, a married mother of two who has reportedly been estranged from her husband for a while, and their divorce is reportedly in the process.

Depp, 59, ignited romance rumours with lawyer Camille Vasquez, who defended him in his US defamation case against ex-wife Amber Heard earlier this summer.

Vasquez promptly ended the rumours, calling them ‘ sexist’ and ‘ unethical.’ She told People in June, ‘I care very deeply for my clients, and we have gotten close. However, I am referring to the entire team, which includes Johnny, when I say ‘ we.’

Vasquez said that she has been good friends with Johnny Depp, who is also her client for four and a half years.

Reports say that Depp also dated Winona Ryder, Kate Moss, and Vanessa Paradis in the earlier phase of his life. He met former wife Amber Heard on the set of the 2009 movie The Rum Diary, and they immediately started dating.

KiDi, Kuami Eugene Wrap Up Europe Tour With 3 Shows In One Night