KiDi, Kuami Eugene Wrap Up Europe Tour With 3 Shows In One Night 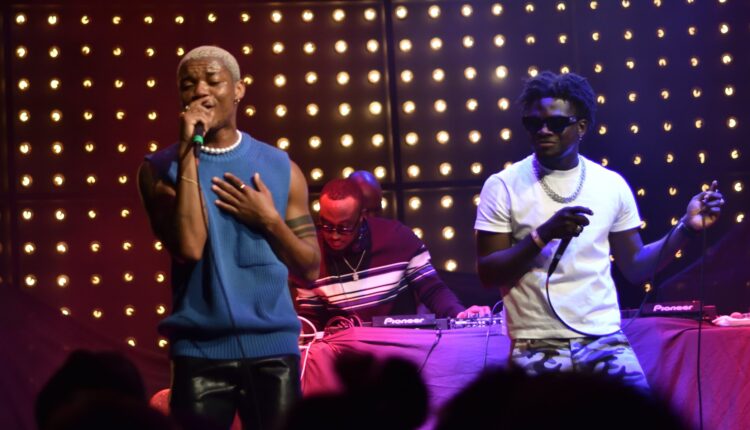 Completing the final lap of the successful tour in Hamburg, the two acts performed at three shows in one night at the grand Reeperbahn Festival.

KiDi kicked off the night thrilling the European community at the Mojo Club which is underneath the Dancing Towers.

Kuami Eugene made a cameo appearance during KiDi’s set at the fully packed venue live on NDR, one of Germany’s Public Radio & TV Network (ARD).

The fun continued at the exuberant Angie’s Club where Kuami Eugene awed a diverse crowd with an energetic delivery of hits.

KiDi & Kuami Eugene climaxed the night, and their Europe tour in high spirits at an after-party at Cave Lounge in Hamburg.

DJ Vyrusky, who has been the official DJ for the tour, used his magic fingers to excite the largely African crowd at Cave Lounge supported by MC Dr. Pounds and ShopsyDoo.