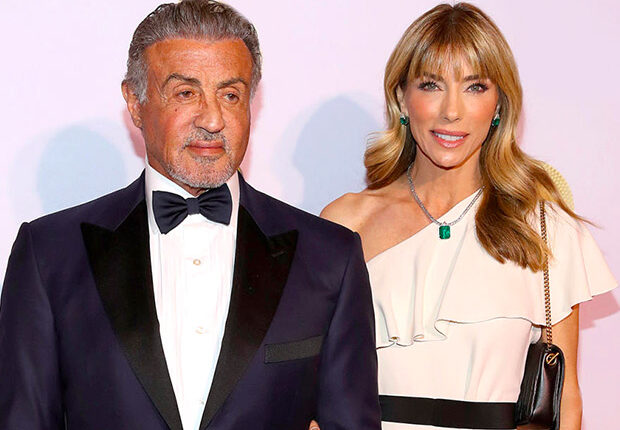 Sylvester Stallone and estranged wife Jennifer Flavin have called off their divorce and reconciled.

The movie star and his wife of 25 years decided to meet up at home, where they talked and were able to work out their differences. They are both extremely happy,’ his rep told Page Six.

Their reconciliation comes one month after Jennifer, 54, filed for divorce from Sylvester, 76.

People also confirmed the duo are back together.

Days prior to their reconciliation, a court filing revealed at a Palm Beach Country, Florida court indicated that the duo agreed ‘that it is in the best interests of each of them individually, and more importantly collectively as a family, to resolve all issues attendant to the dissolution of their marriage in a dignified, amicable and private manner out-of-court.’

Fans speculated they reconciled earlier this week after he shared two throwback photos on his social media showing he and Jennifer holding hands.

‘Wonderful…’ Sly wrote as the caption for the post.

The Philadelphia native shared two throwback images. One of he and wife Jennifer smiling with their three daughters who were grade school-aged at the time.

In the other snap, Stallone was seen from behind walking hand-in-hand with Flavin.

The stars are parents to three children together: daughters Sophia, 26, Sistine, 24, and Scarlet, 20; Sylvester also has a son named Seargeoh, 43, with ex Sasha Crack. He also had a son named Sage with Sasha, but he died in 2012 at age 36.

Sylvester and Jennifer wed in May 1997.

Listen Up! Flowking Stone Gets The World Dancing With “Love & Party” EP