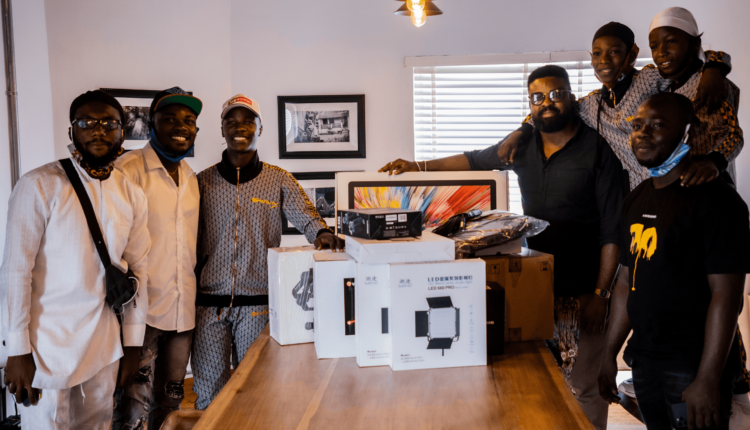 Ikorodu Bois are proud recipients of a brand new set of filming equipment.

Netflix, an American technology and media services provider and production company has fulfilled its promise by gifting  Ikorodu Bois,  a Nigerian online comedy group that recreates and mimics multi-million dollar music videos and Hollywood movie trailers with a new set of filming equipment worth thousands of dollars.

The group will also receive a fully paid scholarship into the film school, KAP Film and Television Academy courtesy   Nigerian actor, film producer and director  Kunle Afolayan who did the presentation.

The Ikorodu Bois who took delivery of the equipment took to social media to express their excitement over the new set of tools which they believe will enhance help them better their craft.

The group has for the past few months caught the attention of entities including Netflix, Russo Brothers and Hollywood stars Will Smith,  Dwayne Johnson and Lebron James.

The Ikorodu Bois consisting of 15-year-old Muiz Sanni, 10-year-old Malik Sanni and 13-year-old Fawas Aina, have garnered both local and international affection for their comic remakes of movie trailers and trending videos.

Watch a video of the presentation from below.