Mr Augustine Abbey is no more the FIPAG President 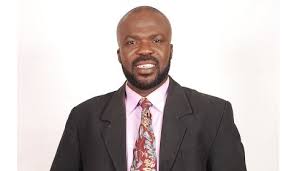 The internal wranglings of the Film Producers Association of Ghana seem not to be ending as members in the Northern Sector in a letter written by their solicitors S.K Boafo & Co copied to Mr. Augustine Abbey and dated March 27th 2013 have asked the “self imposed” president and the entire executive body of FIPAG to step down and hand over to an interim committee which has been formed by the stakeholders in the Northern sector.

Asked why the Northern sector would call for the heads of Augustine Abbey and the entire executives, Mr. James Aboagye who spoke to www.nydjlive.com explained that the three 3 year tenure of office for the current administration had expired and required the mandate of members of FIPAG through a general meeting to authorize them to represent the association in any extension, however, no such meeting has been convened therefore making their continuous stay in office, execution of authority and representing the association on various fora unconstitutional and illegal.

Although the Southern sector is yet to make any comments, the Northern sector which holds a major force in the film industry has asked the general public to disregard Augustine Abbey as the FIPAG president and warned people not to deal with them with regards to FIPAG.

Founder and President of ViOAfrica plays a prank on his fans

Azonto is from Ghana and not Nigeria – Wizkid