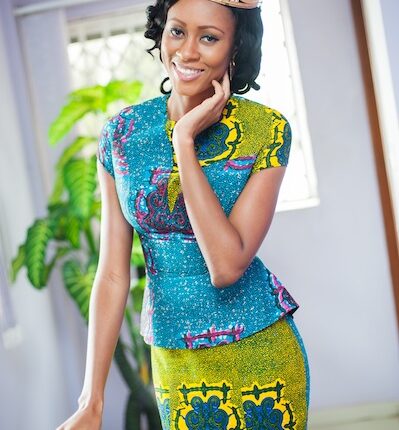 Exclusive Events Ghana, organizers of the Miss Ghana pageant, today announced Miss  (the 2nd Runner Up of the 2012 event) as Ghana’s representative to this year’s Miss World.

Miss Ntanu emerged from a pool of applicants, mostly made up of the 2012 and 2013 applicants and some ‘first timers’.

A panel consisting of seasoned pageant heads reached the decision.

“We are hopeful that her intelligence, eloquence and positive attitude would make an indelible mark at the World event,” Exclusive Events Nadia NtanuGhana says.

“The ultimate is to bring the crown home; we got close last year, and we are hoping for the best. Miss Ntanu is committed to lifting high the flag of the country.

A product of the Pentecost University in Accra, she holds a Bachelor’s degree in Information Technology.

She represented Ghana at the 2012 Miss Ecowas pageant in Ivory Coast. Miss Ntanu also took part in a two-week working visit to India, as part of a sponsored arrangement by the organizers. During her reign as 2012 2nd Runner Up, she embarked on various Charity Projects under the Miss Ghana Foundation.

She would aggressively commence preparations ahead of the world finals in the United Kingdom in December.

She is to undergo series of grooming lessons, which would prove key to her participation on the international stage.