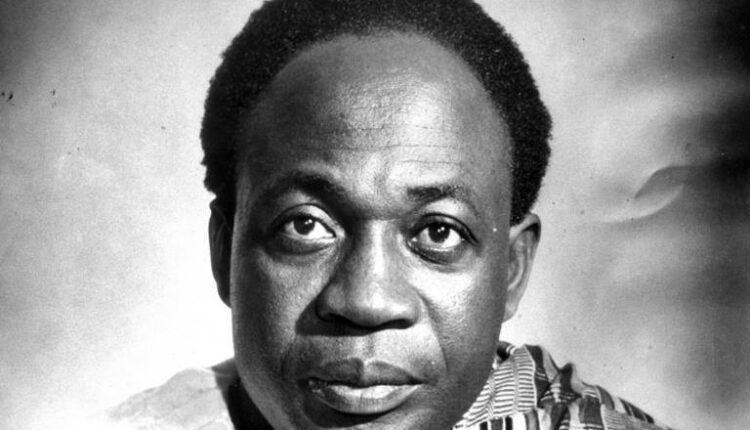 As Sunday April 27 2014 marked exactly 42 years since the passing of the first Presdient of the Republic of Ghana, Samia Yaba Nkrumah the daughter took to Facebook to share memories from that day. Check out the touching and emotional message.

“When on April 27th, 1972, news of our father’s death reached us in Cairo my heart seemed to have stopped beating . The news was an anti-climax to the prevailing atmosphere in the house because earlier that day an emissary had brought us the most exciting news that every child with a father abroad was always waiting to hear – “Father is coming home. Today!”

Earlier that day and in great expectation, my mother had dressed us up in our finest clothes, all of us, Gamal at 13, Sekou at 7 and me, just short of my 12th birthday. Our mother in a beautiful chiffon dress looked so elegant and graceful. Our senior brother, Francis, must have been in Ghana at the time. Just when the day’s excitement and expectation was turning into a prolonged feeling of impatience, the sad news came that: “Our father has passed away”.

What a devastating news that was. What looked like a promising bright day full of expectation turned into a dark and uncertain hour. For the second time in less than a decade – 1966 being the first – we were faced with the big question of – “What will happen to us now?” Nobody slept from that hour. The phones would not stop ringing and by noon the next day our home in Cairo had been turned into perhaps the busiest on the street – the coming in and going out of close friends and relatives, of members of some diplomatic missions in Cairo and a host of sympathizers all came in their numbers to console and sympathize with us.

Soon, we were all on a hurried flight to Conakry, in the Republic of Guinea, home to our father and where he had been declared co-president after the overthrow of his government in 1966. On arrival, we were touched by the care of President Sekou and his family as well as the concern and hospitality of the people of that great African state. In no time at all, the pain in our broken hearts and the feelings of anxiety about our uncertain future all begun to diminish and fade away. With so many women and men, friends of father and some of the world’s greatest personalities milling around us, anxious to express genuine sympathy, there was hardly any room for our mother and us to visibly show our grief and fears about the future.

I recall coming face to face, shaking hands and sitting with some of the world’s greatest personalities who had come to our father’s funeral in Guinea. I particularly recall the great Fidel Castro, the revolutionary African leader Amilcar Cabral, the inspirational singer Miriam Makeba , and others who had come to pay their last respects and homage to the fallen hero, a great icon of humanity who would be voted as the African of the millennium three decades later.

The words of Amilcar Cabral when he said that Osagyefo had died from ‘the cancer of betrayal’ come to mind now. At the time he made that statement, I did not quite understand what Dr. Cabral really meant but later with hindsight and from a deeper reflection and growing understanding of Kwame Nkrumah’s work, I came to understand what our father actually stood and died for, and Dr. Cabral’s philosophical statement became all too revealing.

Throughout his life time, our father, the late Osagyefo Dr Kwame Nkrumah devoted his time, energy and resources to changing the ugly features of Ghana and Africa and to removing the devastating political, social and economic destructions left behind by years of enslavement, colonial rule and the exploitation of man by man.

In all of our father’s fight to free the human mind and soul from bondage, diseases, illiteracy, squalor, prejudice and inhumanity, he no doubt stepped on a few toes and incurred some disaffection from those who felt his work and actions stood in their way. Father’s life provoked very positive responses in many, especially those who understood and cherished him. It also aroused feelings of hatred in others who tried to kill him. For example, in 1962 at Kulungugu in Northern Ghana, an innocent child presenting a bouquet of flowers to father died when a bomb thrown at him exploded. Another example was the policeman who fired three shots at father and missed him but killed his trusted bodyguard, Salifu Dagarti in the grounds of Flagstaff house. As a child, I remember father entering the house with blood all over his face and clothes having escaped the planned attempt to kill him. There were other close encounters with death culminating finally in the treacherous plot which removed him from power on 24th February 1966. All add up to a great conspiracy which finally ended his life.

Our father has been gone for 42 years now, and on the occasion of the 42nd anniversary of his passing, let us all resolve, especially those of us who believe in the ideals he stood for, to unite and work together, to ensure that Kwame Nkrumah and all those who fought for African freedom never died in vain. Forward Ever!”