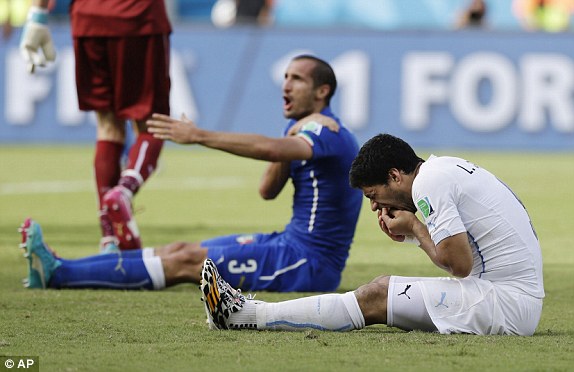 Diego Godin’s late, late header was enough for Uruguay as they beat Italy in an ill-tempered affair in Natal.

Luis Suarez had appeared to earlier bite Giorgio Chiellini as the pair tussled in the box and Claudio Marchisio was sent off for a terrible high challenge on Arevalo Rios after the break.

In what was one of, if not the, worst game of this World Cup so far, Suarez again stole the show for a moment of disgusting petulance and now faces a lengthy ban – if FIFA decide to act upon the incident.

Husband of ‘Deal/No Deal’ Model Kills Himself After Rumors She Hooked Up With DiCaprio, Grenier