Literature: ‘A Book that Never Dies’ by J.Y Frimpong 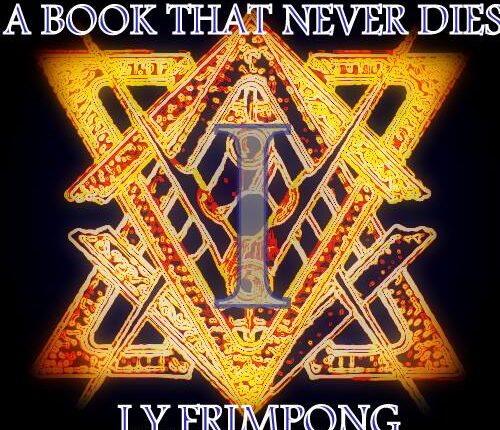 Once upon a midnight,
Whilst I sat down pensively
My nephew asked me a question
“Why does God live so far?”
I did not know how to answer him
But then I remembered vividly
“The Myth of the Rain-maker.”

I began by recounting tales;
Tales as told in “A book that never dies”
Begins with love but ends in tragedy.
Once, God had a wife.
She was the beauty words could not describe,
She really loved God,
And God loved her back.

As the Tower of Babel was being built,
She sat on the right hand side of God.
And the scene that was produced
Was just breath-taking.
But then, as God was admiring the Tower,
He saw the light inside her wife die.
With sadness, He destroyed the Tower of Babel.

At first, the world felt the lose of energy
And human beings became the joy inside him
And He loved to see and feel the touch of our skin
Although a day or two, He would remember His wife
Who He had buried in a golden casket kept under His bed
And had kept a spell around her body
To prevent it from decay and make it never die

Everyday when He feels lonely
He would remove it from under His bed
Upon seeing her, He would burst into tears
And then on Earth it rained simultaneously.
When He sneezes in his mourning
Thunder flashes across the skies
This really troubled man

That one day, they decide to make a wager
That God should show compassion on them
And with much difficulty God accepted
A wager which suggested that
God can view her dead wife’s remains seasonally
A thin line: rainy and dry season was drawn
That was the myth I told my nephew.

But my nephew being so intemperate
Cut me short “How does this answer my question.”
I rather answered very calmly
“The Myth of the Clouds” is preceded by this story
And of which I can tell you yet another day
With much protest and coaxing,
Our conversation was scheduled for yet another day.