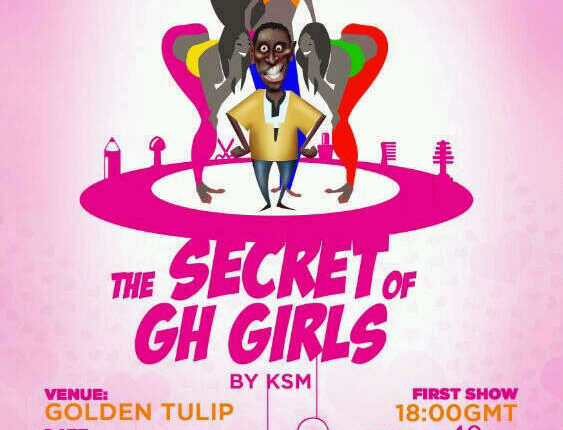 As Wednesday May 1st 2013 marks a workers day in Ghana, the holiday experience in Kumasi will go unforgotten as the city plays host to Ghana’s finest satirist, Kweku Sintim Missah, affectionately called KSM in the popular stand up comedy “The Secret of GH Girls” at the Golden Tulip, Kumasi City.

Not only playing host to the much acclaimed stand up comedy, two of the city’s most adored comic actors Kwaku Manu and Kwaku Nkansa Lil Win will both serve as MCs for the event which many have already touted a “real night of comedy and humour”.

In what has been described as a local derby for Kwaku Manu and Nkansa Lil Win, the duo has asked people in Kumasi to stay patient as they described the event as a “Host and Win” affair.

They have therefore asked KSM to prepare well as they will leave no stone unturned at the event.

The event organized by Logoz Entertainment with support from Luv FM will have two successive shows with the first show expected to run from 6pm and the second show at 8pm.

Bloggers are essential to entertainment in Kumasi – Nana Benyin Anumel