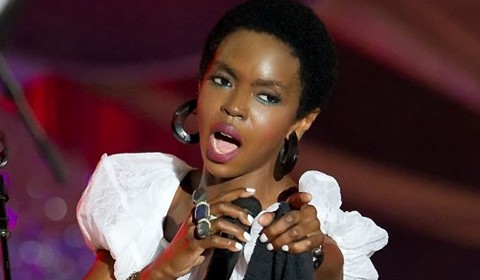 Lauryn Hill has taken to her blog to announce she has signed a new record deal, and hints that former contracts with music label executives are to blame for her financial woes.

The former Fugees star is currently facing a stint behind bars after pleading guilty to charges of failing to file her tax returns between 2005 and 2007.

It is believed she owes more than $1.6 million to U.S. authorities, and has been given until 6 May to pay restitution after a judge delayed sentencing on her case.

Now, the reclusive singer has gone online to confirm reports she has signed a new record deal, and suggests bad business deals and “parasitic” record label contracts left her in financial difficulty, despite her huge success.

She writes, “It has been reported that I signed a new record deal, and that I did this to pay taxes. Yes, I have recently entered into an agreement with Sony Worldwide Entertainment, to launch a new label, on which my new music will be released. And yes, I am working on new music.

“I’ve been fighting for existential and economic freedom, which means the freedom to create and live without someone threatening, controlling, and/or manipulating the art and the artist, by tying the purse strings. It took years for me to get out of the ‘parasitic’ dynamic of my youth, and into a deal that better reflects my true contribution as an artist, and (purportedly) gives me the control necessary to create a paradigm suitable for my needs.

“The nature of my new business venture, as well as the dollar amount reported, was inaccurate, only a portion of the overall deal. Keep in mind, my past recordings have sold over 50,000,000 units worldwide, earning the label a tremendous amount of money (a fraction of which actually came to me).

“Only a completely complicated set of traps, manipulations, and inequitable business arrangements could put someone who has accomplished the things that I have, financially in need of anything.”

I’m not too sexy to know Jesus – Omotola Jalade–Ekeinde