Kumasi readies for Shut The City Down II 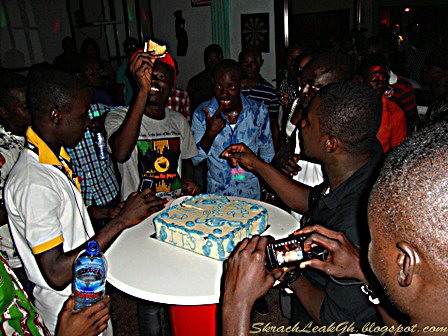 Kumasi is already bubbling with excitement as Friday February 4th 2013 marks the birthday celebration of one of its cherished radio drive time show hosts, NY DJ in an open house party dubbed “Shut The City Down II”. The event which is expected to be a star studded event comes off at the White Collar Datcha in Ahodwo, Kumasi.

Shut The City Down II, a sequel to the historical celebrity studded birthday party which was held last year in the Garden city of Kumasi. According to NY DJ, Shut The City Down II is an open party aimed at bringing the entire city together to hang out with their favourite showbiz personalities and celebrate his birthday. He went ahead to say;

Although this is meant for my people in Kumasi, a lot of confirmed showbiz personalities are flying down from all over the country. You can make mention of Andy Dosty, Bradez, Okyeame Kwame, Tic Tac, Qweci (Ded Buddy) and a lot more.

The event is proudly organized by NYDJLive and Kapital Radio with support from Totalshowbiz, Focus fm, KKTV and www.nydjlive.com

NY DJ is the host of Homestretch Bumper to Bumper, a drive time show which airs on Kapital Radio 97.MHz each weekday.