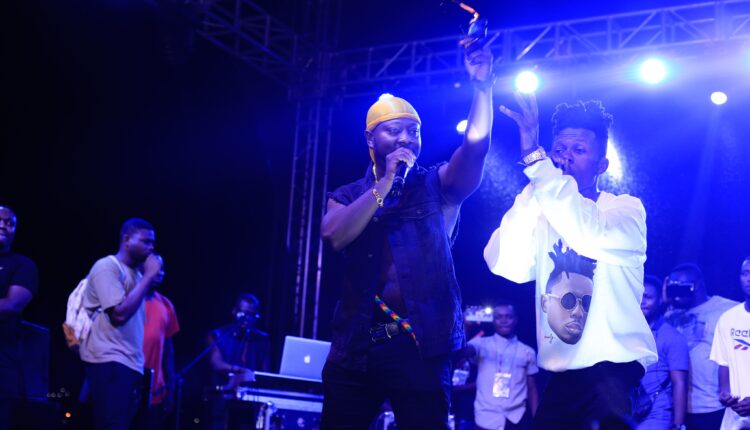 Ghanaian rap artist Flowking Stone just lived the above by describing Strongman as his best rapper of the year 2019.

Although very little was said as to why he (Flowking Stone) as a rapper chose another (Strongman) as the best  of the year, it can be recalled the former SarkCess Music signee has had an incredible year.

And my best rapper for 2019 goes to @StrongmanBurner 🙌, who is yours? pic.twitter.com/GVbcIFA2pZ

Having released a number of rap songs, the highlights of his year was the eruption of a beef with Medikal which grasped the entire country’s  attention.

Flowking Stone and Strongman recently shared stage in Obuasi during the Golden City  Xmas Shutdown Concert hosted by the former.