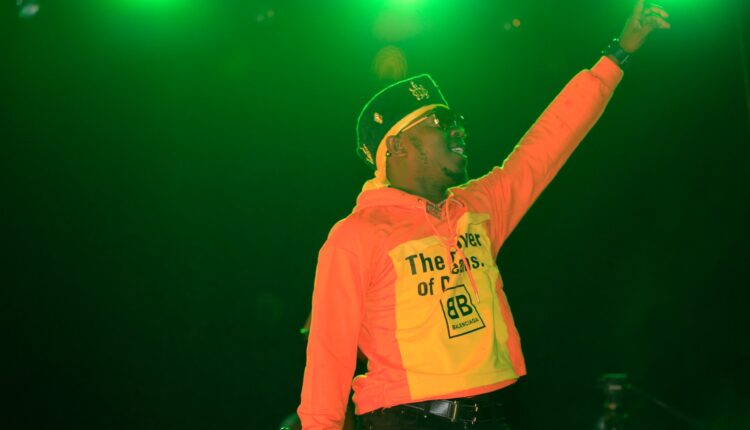 It is one thing selling out  a show at your backyard and another stamping your authority in another man’s land.

Well, this, is exactly what Ghanaian rap artist Flowking Stone did on Christmas Day, December 25, 2019 as he together with a number of colleagues including Strongman, Okyeame Kwame, Kunatkinte, Fameye,  Cabum, Guru, Yaa Jackson and Frank Naro stormed the golden city, Obuasi for the maiden edition of Golden City Xmas Shutdown.

Dishing out one hit song after the other, the various artists  treated patrons the best Christmas package ever.

In a video sighted on YouTube, the thick crowd at the event is heard singing and roaring to the songs of the  Blow My Mind hit maker.

According to reliable information available to Ghana’s Hub For Pop Culture & Urban Entertainment News – www.nydjlive.com,  Golden City Xmas Shutdown by Flowking Stone was historical as  it will be remembered as  the first and biggest musical concert held at the Len Clay Sports Stadium.

Watch the video highlights from below.