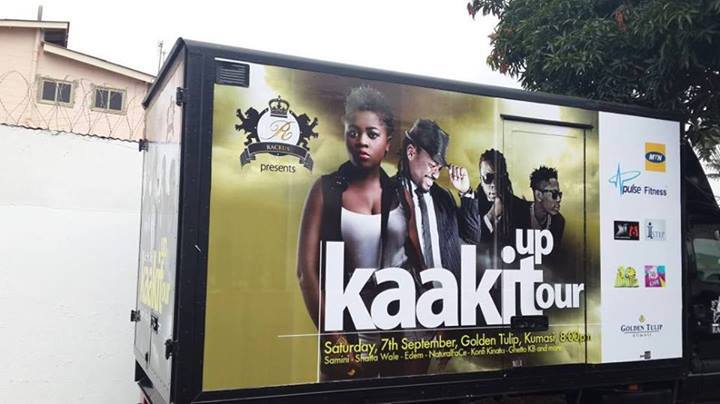 Billed to join her on stage is dancehall act Shata Wale who at a point saw Kaakie as an enemy. The two will are poised to thrill patrons in a concert expected to attract thousands. Other acts on the bill include Samini, Ghetto KB, Edem, and NaturalFace.

Kaakie asked fans to come out in their numbers as she brings the action to their respective cities.

For me I think, it’s only natural that, I take my music to my fans particularly outside Accra and together with my artiste friends to show them love, appreciation and some gratitude for staying loyal to my music and act. So yes I will urge everybody to come out let’s run things inna their city.