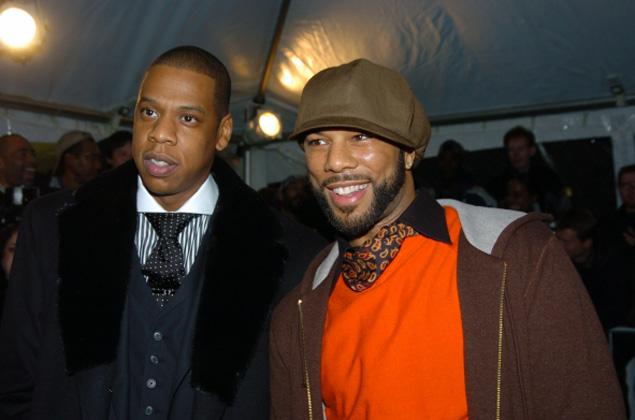 Jay-Z’s release of fiery track “Open Letter” has caused a wave of response, both from critics and supporters. It has also prompted a response from other rappers, including Pitbull, and now – Common is sounding off.

Common, 41, joins Jay-Z, 43, on “Open Letter Part II,” a new remix of the original song released April 11. The rapper, whose real name is Lonnie Lynn, adds a verse of his own to Jay-Z’s original.

The socially conscious rapper piggybacks on the political argument about Beyonce and Jay-Z’s wedding anniversary trip to Cuba. He mentions controversial activist Assata Shakur, who has been living in asylum in Cuba since 1984.

“My man went to Cuba, caught in a political triangle, Bermuda/the same way they said she was shooter/ Assata Shakur, they tried to execute her” he raps.

The song has become an anthem of sorts, inspiring conversations about deeply rooted race and class issues in the African -American and Latino communities. Common mentions violence in Chicago, noting President Obama’s work and upbringing in the Windy City.

Days ago, Pitbull’s freestyle over the song focused intently on the plight of Cubans, with points highlighting the Cuban missile crisis, Elian Gonzalez, and the Bay of Pigs invasion.