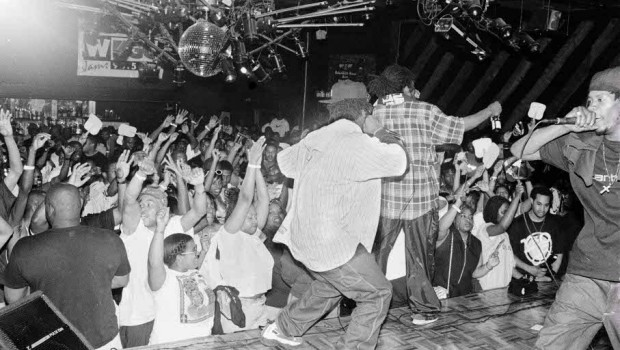 Is Hip Hop Destroying Black America? To answer this question fairly, we must first discard the distorted image of Hip Hop that mainstream media has passed off for the past 20 years. Hip Hop is a movement consisting of 4 main artistic elements: DJ’ing, Rapping, Breaking and Graffiti. But at its core, it is a philosophy based on the idea that self expression is an integral part of the pursuit of peace, love and unity.

It was created by young visionaries who tapped into their greatest potential and gave birth to one of the most important cultural phnomenon the world has ever seen. Shaped by the spirit of Africa, The Carribean and Black America, it is a culture that binds us under the belief that we must strive for excellence through our respective artforms, as well as within our souls.

It’s a lifestyle that unites people from the U.S to Nigeria, France to Brazil, Japan to Mexico, often unable to speak each other’s language but fully capable of understanding all that makes us who we are. True Hip Hop is the MC who raps from the heart or enlightens the people. It is the DJ who speaks with his hands. It is the 6 year old B-girl who break dances like her life depends on it or a group of young dancers whose moves defy gravity effortlessly.

It is the graffiti artist whose shapes and colors breathe new life onto gritty city landscapes or the beatboxer who manipulates sounds like a one-man orchestra. It’s the aspiring politician who genuinely reflects the people she represents, the progressive educators who give voiceless youth a platform to express their deepest thoughts and the grassroots activists who launch campaigns against a corrupt music industry. For millions of people here and abroad, this is Hip Hop, the way it was meant to be…and it is NOT destroying Black America.

If this doesn’t sound like the kind of Hip Hop you’re familiar with, blame the music industry and mainstream media for bombarding you with a steady diet of rappers talking about drugs, sex and violence for over two decades. Blame MTV, BET, and other networks for trying to redefine what Hip Hop is in order to sell it and shove it down the throats of unsuspecting consumers. It’s easy to blame simple minded rappers for promoting negative messages and images while multi billion dollar companies and shrewd businessmen who market these artists are free from criticism.

It’s easy to blame someone like Chief Keef who becomes the obvious poster boy for mindless rap while Jimmy Iovine, the head of Interscope Records, keeps a low profile and avoids having to address his part in promoting “death through entertainment”. It’s easy to protest flavor of the month Trinidad James who raps about Molly, the industry’s latest fashionable drug, while Def Jam’ president Joie Manda proclaims his new discovery as “the cutting edge of what’s happening in the culture today.”

It’s easy to blame talentless top 40 rappers for dominating the airwaves of so called hip hop radio stations like L.A.’s Power 106 or New York’s Hot 97 while Rick Cummings, president of programming for Emmis Communications, which owns both stations, isn’t held accountable for his part in broadcasting filth to millions of listeners.

Time and time again, the real decision makers get away with murder while rap artists are projected as the embodiment of everything that is wrong with Hip Hop and young Black males.

Kind of how gangs are perceived as the lone cause of urban violence while those who bring guns and drugs into the community remain anonymous.

Kind of how so many young Black men are written off as criminals and sent to prison in disproportionate numbers while the system that causes this tragedy is profiting from growing incarceration rates.

Kind of how Black students are labeled as troubled underachievers while school districts across the nation, including Philadelphia and Chicago, continue to close down schools in predominantly Black communities to save money.

And all of it devalues the lives of Black people in exchange for financial gain.

So is Hip Hop really destroying Black America? No. The challenges facing Black America are much bigger than Hip Hop. But for what it’s worth, when untainted by outside influences and corporate vultures, Hip Hop in its purest form is about empowerment, unity, culture, creativity and hope. And God knows we need it.

‘Ghana Meets Naija’ to be held in New York