“I Will Castrate My Husband Should He Cheat!” Nollywood Star Uche Jombo 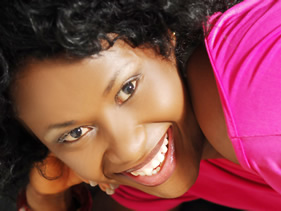 Listen up gents, Uche Jombo isn’t someone to mess with.

In a recent  interview with The Sun Newspaper, Uche is saying it like she means it when it comes to cheating.

While promoting her three latest productions (Misplaced, False and Lies Men Tell), the movie star was asked how she would react if her New York based business executive Kenny Rodriguez was a philanderer like Desmond Elliot‘s character in “Lies Men Tell”.

She goes on to say –

“To me, there is no excuse to cheat. It’s either you are with someone or not. And if you are tired of such person, please accord the decency of respecting who they are and their feelings, don’t go making someone look stupid because there is no excuse. The problem with me is there are no in- betweens.”

The interviewer later asked if she truly believes in what she’s saying or it was just for the interview, the actress replied saying –

“I am saying I, Uche Jombo Rodriguez, don’t have in-betweens. So, that is why it takes me long time to make a decision or take a stand on something.

And if I am to take on someone, we have to meet somewhere. There is no excuse not to honour an agreement you have made. This does not have anything to do with the interview; it has to do with the principle that guides me.

It is not just about marriage, it is also about how I conduct relationships. It’s either it is this or that. If that is my thinking in a relationship, then you should know that for marriage it’s 150%, that there is no room for cheating.”

“I don’t have control over what someone will do. I’m not God. I’m talking about me now, how I conduct things. So, I thought the question is about me. It’s not an option that it will happen; I will not tolerate cheating.”

More from the Interview

On if she will forgive the man who cheats on her – (Laughs) If you are in that situation Sam (The Interviewer), oh God, you are going to slave for me for life. And do you know any that will want to slave for a woman for life? Answer

On if she can ever cheat – Let me put it this way, I did not get married when I was young and stupid and I could believe almost everything. It took me a while to find someone who I thought was my soul mate.

On if she has ever called off a relationship because of cheating – Do you mean my past relationships? Isn’t that the only reason people quit relationships? Are you trying to go somewhere with this question? Because it sounds to me like you are.

She later says;
I have and I will. Sometimes, you have to give interviews and you have to hold yourself not to say things that people will not understand. I’m not a feminist; I am just an extremist. If we are in this, we are in this together. And if we are not, we are not; there is no in-betweens with me. I think life is too short for someone not to be happy.

If a guy isn’t happy in a relationship, he can take-off, likewise the lady. You don’t have to live your life for anyone and if cheating is the reason why you keep having problems, get your ass up and go and be happy. That’s all.

On a past relationship that she reportedly dated him because of his wealth, and if she was older than him –

I have never dated or married someone I was older than in my life. So, if you have the illusion of someone’s age, that is your business, and I am even too mature for my age. And that is the problem because men of my age are small boys around me; I can’t date them. I am someone who had to become a mother to some of my siblings at the age of 14.

So, I don’t know where the rumour came from. Because you are an under-achiever does not mean I should play down on my achievement. That age factor for you or a yardstick for you to succeed should not mean you should judge people with it, and I don’t have an apology.

I will continue to try to do what I need to do and to try to work harder as a person to be ahead, and if I’m learning from people who are older than me that is because I don’t hang out with my age mate. Because I don’t think there is anything else you want to teach me, and if you want to judge me by the people I hang out with or by when I started my hustle, where the hell were you at that time?

What really matters to me is that people that knew me during my not-too-proud days are so proud that this is me now. I have come far; it’s something I’m grateful for. I couldn’t have even written it better if it was a story because if you tap my mum now and ask her “What are you most grateful for?”, she will say Uche Obi because I was one of those kids that if you wake up my mum from sleep and ask “Which of your children will land you in police station?”, she would say it’s me. “Which of your kids would come home with teenage pregnancy?” It will be me.

At a point I felt that it’s about time I started talking about that part of my life to encourage teenagers. There was a time someone tried to blackmail me to the press, asking me to pay some money into a Zenith Bank account, and that if I refused to cooperate, he would tell the press I ran away from home at age 16.

I said “Bros, first of all, N 200,000 is small money if you want to blackmail someone”. “Secondly, if you want to tell the press a story, can you do it with the right date, time and age?”

I didn’t run away from home at 16, it was at 14. Now which of these people’s number do you need to confirm it because if at some point I have ever given you a reason that I was ashamed of my past, because that is why I’m here.

If I didn’t go through that, I wouldn’t have arrived here. So, I told him “When next you are calling my phone, let it be because you want the press numbers, if not, you are dialing the wrong number.”

Read more on the interview.