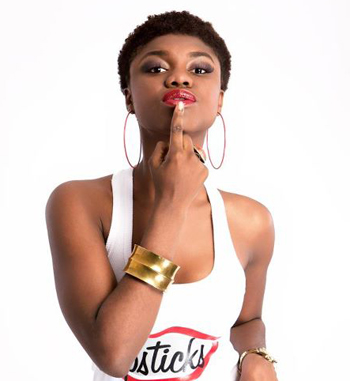 Ghana’s foremost female singer Becca has disclosed her rise to fame and prominence in the Ghanaian society and the world at large has been marvellous and miraculous looking back at the early stages of her career.

Becca who granted an interview to NY DJ on Kapital Radio after the station had celebrated her in a week long program known as “Celebrating Our Stars” disclosed her musical career has all been a miracle worked by God. In answering questions as to her Christian belief since she kept mentioning the name of God throughout the lengthy interview, Becca disclosed saying;

I’m very much into Christianity. I was born into a family which has so much believe in God so knowing God has not been anything new to me.  It just hurts that people believe that once you are a singer, you don’t love God. All you go about is to go to the clubs and drink and dance which I don’t do at all.

The beautiful singer believed it was time for most people to avoid creating perceptions about certain professions although she fully admits some of the musicians are into such acts.

Becca recently released her second album titled “Time For Me”