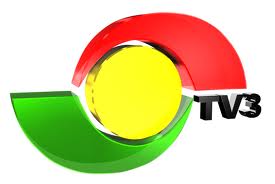 Could the recent exists spell doom for TV3? Read a report culled from enewsgh.

One of TV3′s star news anchors Henry Herbert Malm has been shown the exit, enewsgh.com can authoritatively reveal. Sources at the station tell us Mr. Malm was sacked on Friday over a “petty” issue he had with one of the top bosses at the station Mary-Ann Eyram Acolatse.

He is said to have flouted a directive by Ms. Acolatse, who is Director, News, Current Affairs, to have a regular guest on his late night News @ 10 programme, thrown in as new co-host.

Mr. Malm our sources say didn’t take lightly, the decision to “super-impose” the supposed new co-host on both him and the show. His protest somewhat didn’t sit well with his boss, hence the sack.

enewsgh.com sourcs say the decision to outrightly sack Mr. Malm has caused fear amongst some sections of the workforce, a fright also informed by recent resignations of some key on-air personalities.

The station has lost some key persons in the last few months. Bright Nana Amfo, who returned to Adese We after a stint at the Kennedy Agyapong-owned NET 2 TV, has since taken up a new role at Multi TV. Roland Walker, until recently one of the station’s most cherished assets, has also left, and is said to be doing “fine” at one of the numerous private companies belonging to the group that also owns Zoomlion.

Station sources tell this website that from the look of things, a recency effect of the Malm-Amfo-Walker situation could trigger further voluntary and pushed-to-go exits, and have also suggested most are having difficulties with the management style of the team put in place by new owners Media General Ghana Limited.

Ms. Acolatse, who was brought back to the station by the new owners after stints at Metro TV and Multi TV, station sources tells enewsgh.com, is seeking new directions to the way news and current affairs programmes are handled at the outfit, and that seems to be winning her more “enemies” than friends (Enewsgh.com can’t independently verify this claim).

With a nationwide penetration of a little over 70 per cent, TV3 remains one of the most watched local channels in Ghana.

The company began transmission on October 1, 1997.

Incorporated under the Companies Code, 1963, (Act 179), as a limited liability company on August 29, 1996, the company received its certificate to commence business on September 19, 1996. A Joint Venture Agreement was entered into by the Government of Ghana, Gama Media Systems, Gama Film Company and Sistem Televisyen Malaysia Berhad that same year.

In March 2005, TV3 became a subsidiary of Media Prima Berhad of Malaysia, when TV3 Malaysia transferred its shareholding in Gama Film Company to it.

Media General Ghana Limited acquired and took over its operations in September 2011.