Highlife Music Will Not Die – Afriyie 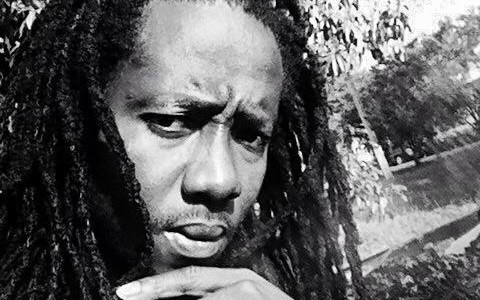 Fond memories of him receiving the trophy for being the Highlife Artiste of the Year at the 2013 Vodafone Ghana Music Awards (VGMA) still play out in singer Afriyie’s head.

It, however, seems he is going to float on cloud nine a little longer, now that his new highlife single called ‘Everlasting Love’ is beginning to catch attention.

Afriyie was part of the Wutah duo (Wutah Kobby was the other half) and after a period of hibernation following the split, he put out his ‘Love Of My Life’ single that won him the VGMA honour.

‘Everlasting Love’ which was recorded, mixed and mastered by the award-winning Kaywa, came out last week. Afriyie says the song is an affirmation of his desire to tow the highlife path and contribute his quota to the survival of the style.

“Highlife will not die because there is a fresh generation of practitioners holding up the flag,” Afriyie says.

‘Everlasting Love’ is a fast-paced love song in which a man expresses his enduring affection for a woman called Naa Adoley.

Rendered in Ga, Twi and English, there is nothing really earth-shaking about the lyrics. It is the usual fare of a love-infected heart. What pulls one to the song is the intensity with which the singer pours out the admiration for Naa Adoley.

The single will be included in a five-song Extended Play (EP) collection which Richard Agyeman-Berko, head of management at Afriyie Music, says would be out by early September.

In a chat with Afriyie about his fascination with highlife, he said he had always been a fan of the style and cited Asabea Cropper and Pat Thomas as his biggest influences in that area.

As he has always demonstrated, Afriyie has imbibed a lot of influences from genres of music. He was proud to point to Gramps Morgan of Morgan Heritage, jazz bassist and singer Richard Bona from Cameroun and the late Bob Marley as gems he had adored for many years.

“An album will come out after the EP.It will be called ‘Afriyie’s Cocktail’ because it will feature bits of the various influences and music that I truly love,” the singer said.

Marketing consultant and staunch Afriyie fan, George Andah said he had followed the artiste’s fortunes since he went solo and was delighted with what had come from him so far.

“He has proved he still harbours a desire to succeed and become one of the continent’s finest vocalists. The least anyone can do for him now is to support and encourage him to reach the highest possible level in his career,” Andah stated.

Afriyie made a mark on the music scene as part of Wutah and seems bent on making an even bigger impression as a solo act.