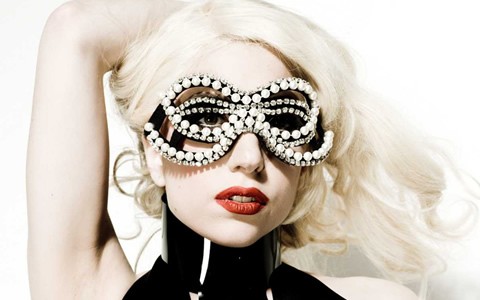 It’s somewhat ironic that Lady Gaga once again ranks as the top-earning celebrity under the age of 30.

But of course Gaga’s injury wasn’t caused by decaying bones and muscles. She had a labral tear, likely from the intense dancing she does during her shows.

And after her surgery the Mother Monster didn’t just hide away to recover. She rolled out in a custom-made 24-karat gold plated wheelchair.

Those kinds of antics (and her massive social-networking power) helped land Gaga in second place on our annual Celebrity 100 list.

Her earnings alone put her at the top of this list. We estimate Gaga earned $80 million between June 2012 and June 2013. She would have earned even more if she had been able to finish her tour.

Women dominate our list of the Top-Earning Celebrities Under 30: Seven of the top 10 of women.

As in past years, we didn’t include athletes to keep the list more Hollywood-focused.

We talked to agents, managers, producers, executives and other in-the-know folks to come up with our estimates, which include all entertainment-related income. We don’t deduct for taxes, agent fees or the other costs of being a celebrity.

Most of the women on our list are pop stars who earn just as much as their male counterparts. Yes, Justin Bieber is in second place with $58 million.

But Taylor Swift is close on his tail. The 23-year-old singer-songwriter earned an estimated $55 million last year, ranking her third on the list. Swift’s latest album, Red, sold 1.2 million copies in its first week.

Rihanna comes in fourth with $43 million. The Barbados-born singer played 40 shows during our time period and releases a new album, Unapologetic. The record has gone platinum and netted hit singles like “Diamonds” and “Stay.”

Jennifer Lawrence (who is new to the Celebrity 100) is the top-ranked actor on our Top-Earning Celebrities Under 30 list.

Thanks to The Hunger Games franchise, she earned an estimated $26 million between June 2012 and June 2013 placing her 8th on our list. The 22-year-old actress also landed her first Oscar for her starring role in Silver Linings Playbook.

Lawrence is indisputably on the rise, while another actress who makes our list, Kristen Stewart, may have already had her moment in the sun. With the final Twilight movie hitting theaters in November 2012, she earned an estimated $22 million, placing her ninth on our list.

But Stewart doesn’t have anything big on the horizon that will keep her earning at the same level.

Like many child actors who earn a ton from franchises, she’s now taking advantage of her earnings and fame to do smaller movies like the recent On The Road.

Highlife Music Will Not Die – Afriyie