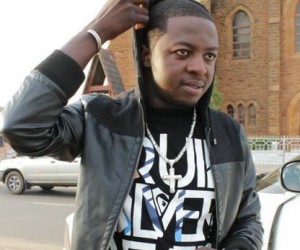 After exhibiting so much drama in all his music videos, Ghanaian rapper Guru takes a new venture into acting, a field which might not be as new to him as a musician. This does not come as surprise to me though. Why?

As Guru joined me in the studios of Kapital Radio to premiere his hit track, “Nkwadaa Nkwadaa” which features comedian and actor Kwadjo Nkansa LiWin, I was tempted to think at that very moment the song was a sound track to a new movie just as Bisa K. Dei did with “Azonto Ghost” but to hold on to my thoughts but the very thought has finally been confirmed.

The “Lapaz Toyota”, “Mmaa Kuo” and “Nkwadaa Nkwadaa” who confirmed this news to me said, the song was a sound track to a new movie he shot with comedian Liwin and it’s almost in the final editing stages nearing release.

Could Guru do it better than most of the actors with his comic and dramatic skills exhibited in most of his music videos?

I’m Not Worried About Critics, I Just Want To Praise God – Cwesi Oteng