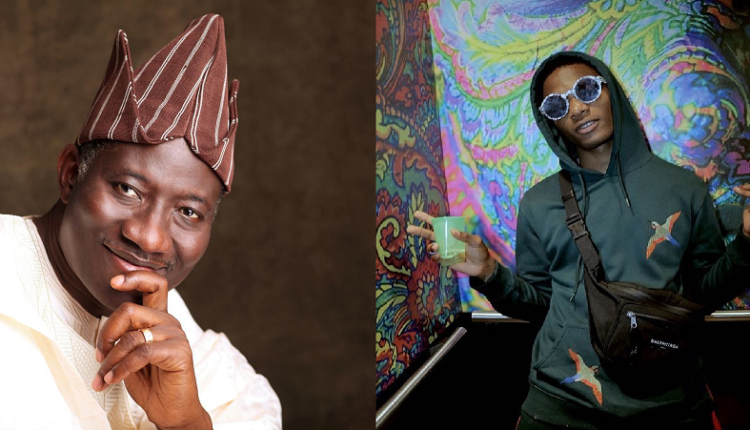 Former President of the Federal Republic of Nigeria, Goodluck Jonathan has congratulated Afrobeats artist Ayodeji Ibrahim Balogun also known as Wizkid for his unprecedented win at the 2017 MOBO Awards.

Goodluck Jonathan in a post congratulated the multi hit maker for his success especially for beating two of the world’s most renowned and Grammy Award winning artists Jay Z and Drake.

He thanked Wizkid for raising Nigeria’s flag high for the positive, not the negative.  He further stated the win “is a proud moment for Nigeria”

On Wednesday November 29 2017, Wizkid was announced winner of the Best International Act at the 2017 MOBO Awards held in Leeds.

This makes him the first Africa to ever win in that category since its inception.

For the past few years, Wizkid has not had a very good opinion of the MOBO Awards however, he was grateful for the win and said, “this one is important for Africa”

Thank u @moboawards ! this one is important for Africa! ❤️ Blessings and love forever 🙏🏾