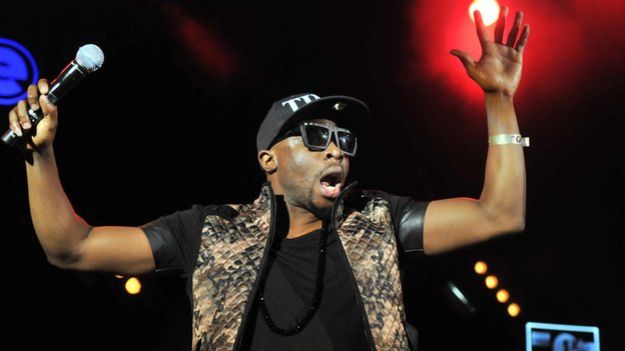 Yes, respect him for what he stands for (TINA) and that’s exactly what Ghanaian Londoner Fuse ODG has done although a lot of Ghanaians would have quickly jumped at the opportunity.

Although Fuse ODG had earlier accepted a call by Bob Geldof to feature on the song “Do They Know It’s Christmas” which is aimed at raising money for Ebola-hit West Africa, the artist pulled out last minute claiming the message of the Band Aid 30 song was not in line with his message of The New Africa movement (TINA)….

According to Bob Geldof who spoke in an interview with Newsbeat, the Ghanaian international was given the opportunity to change the lyrics if he found it not suitable but he would not budge.

“I said change whatever words you like, it’s your thing,” Geldof told Newsbeat.

But the British-Ghanaian rapper didn’t agree with the message of the song.

Geldof said: “His thing was you had to be positive about Africa, but then you have Angelique Kidjo and Emeli Sande who were on the same attitude and I said there’s the world’s press, tell them about your point of view.

“If there’s a line you can’t sing, change it and he said he just felt awkward.”

Bod Geldof also confirmed that Adele has also refused to be a part of the project.

“Adele won’t pick up the phone to her manager. She’s just out of it, which you respect. Nothing. She’s not part of that anymore. That’s absolutely her thing.

“Some people just don’t want to do it, some people say no.

Nicki Minaj Breaks Instagram with new promo shots for “ONLY”