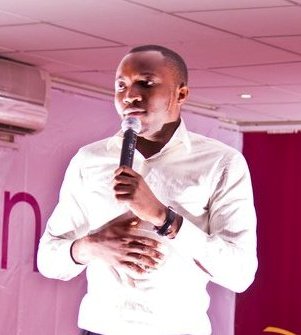 As the call for gay rights intensifies worldwide , Ghanaian comedian and former Big Brother Africa housemate Derrick Kobina Boateng popularly known as DKB has asked that legislators not to consider the gay rights and must abolished out right.

The comedian who shared this knowing how others may feel about his utterances asked that no one takes it personal. In a Facebook update attached with an image , the comedian wrote;

Say NO to gay rights! ‎#NothingPersonal

DBK is not the first known figure to ask for a no response to the world demands of gay activists on their rights. Some few months ago, controversial Ghana musician A Plus also aired his opinion and called gays “Stupid”.

The late President of Ghana, Professor John Evans Atta Mills publicly decried the calls for legalization of gay rights and said it would never be accepted in Ghana.

With the increasing demands and calls, would gay rights ever be legalized on the African continent which is so much vested in its culture?