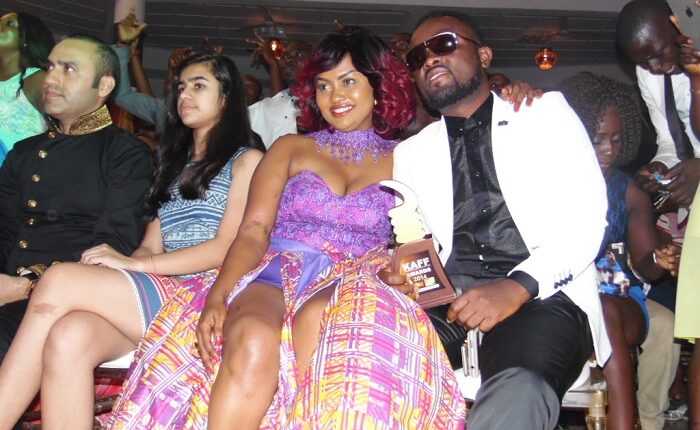 Nana Ama McBrown was one of the biggest winners at the 2014 edition of the KAFF Awards held over the weekend at the Golden Tulip, Kumasi City. Aside winning the most favourite actress of the year award and being honoured as an ambassador for the 2015 edition of the Kumawood and Akoben Film Festival Awards, McBrown shared some flesh.

You know what they normally say, if you’ve got it flaunt it!!. She showed some boobs and oh, the man beside her is the boyfriend Maxwell.