Fear and Panic!! CNN Mistakenly States that Obama has Been Killed 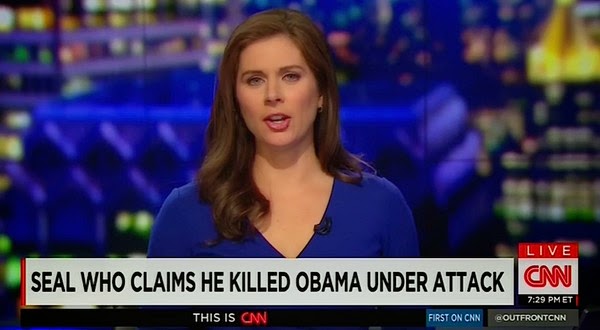 Maybe, one of the very things that happen but one of the world’s news institutions caused a major panic when it video producer committed a major faux pas by accidentally replacing the name “Osama” with “Obama” in the following caption “Seal who  Claims he Killed Obama Under Attack.”

According to Sydney Morning Herald, the error occurred over the weekend, during the Erin Burnett OutFront show, and the topic of discussion was Robert O’Neill, the man who recently claimed to have fired the shots that killed former Al Qaeda mastermind, Osama Bin Laden in 2011.

The wrong caption was reportedly on display for about 45 seconds before it was rectified. However, the correction came a bit too late, as viewers had already noticed the error, and publicized it on social media.

Well, we can now forgive UTV in Ghana for some of the wicked grammatical errors. At least, they have not killed anyone yet.