Drake & Chris Brown Sue Each Other Over Nightclub Brawl 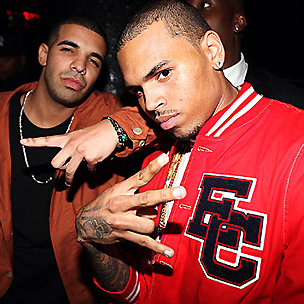 Drake and Chris Brown have filed suit against each other over last year’s nightclub brawl in New York City, New York.

According to TMZ, the artists have filed legal documents blaming each other on injuries incurred during the bottle-throwing incident at the W.i.P. club. Drake and Brown both claim that they were not responsible for the fight and want the other party to pay any damages in the event that model Romain Julien, who sued them both over injuries, wins his lawsuit. This marks the first time that the two artists have gone after each other in court.

The initial incident occurred in June 2012 after Drake and Brown allegedly threw bottles at one another at the club. Meek Mill, who was present during the melee, said that he didn’t see either artist hurl a bottle.

In the wake of the fracas, Brooklyn resident Howard Clement sued W.i.P. over injuries he sustained during the incident. Two club-goers as well as San Antonio Spurs player Tony Parker also filed multi-million dollar suits over the matter.

Last November, authorities decided not to file criminal charges against Drizzy and Breezy. In December, Drake asked a judge to dismiss the case and said that the club had “a history of violence and other problems.”

Cabum readies for release of “Devil in my Temple”